First fall recipe! I know it’s kind of late, but I will be making up for it very soon! 🙂 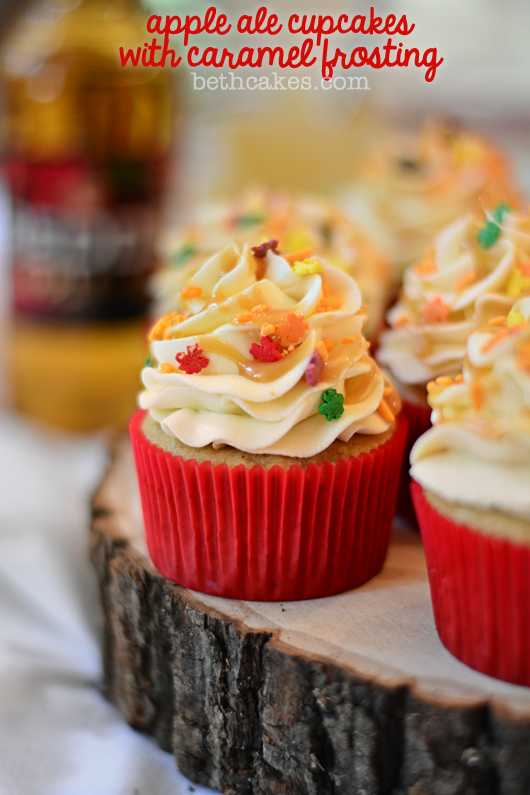 I’m really sad I’m so behind on all the autumn-flavors-action. It’s my favorite time of the year! There’s football, tailgating, silly Halloween treats, caramel apple EVERYTHING♥, lattes, hot chocolate, boots and scarves, big sweaters, and a thin layer of pumpkin spice on top of all of it. But I think I’ve been holding back because…I’mnotreallyafanofpumpkin.

There I said it.

I’m not really a fan of pumpkin.

I like how pumpkin spice smells, you know, in pies or candles. But who doesn’t? I mean, I want to like it. I just don’t. But my friend at work brought homemade pumpkin spice scones the other day and I ate that thing like it was my job. It was SO. GOOD. So maybe I’ll give pumpkin spice another chance this year. We’ll see.

For now, I hope you love these cupcakes just as much as I did. I should have made them forever ago! Maybe I would have been in the fall spirit sooner. 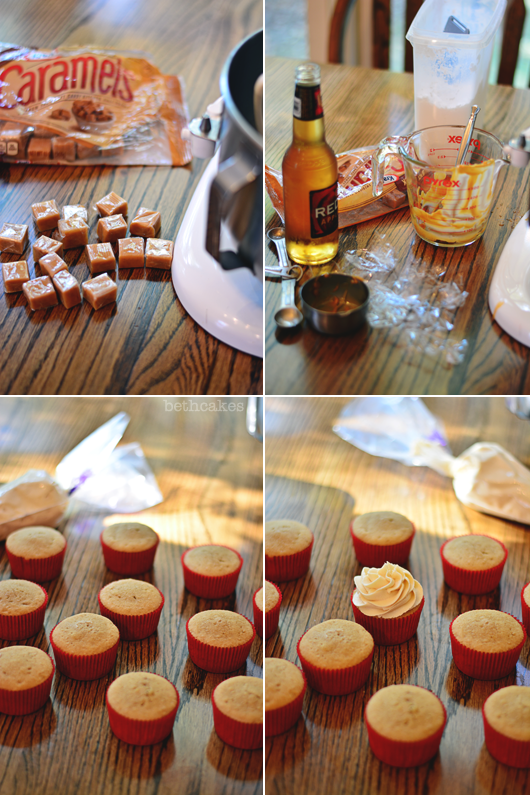 I think another reason why I’m so behind is because it really doesn’t feel like fall in Alabama. It’s usually in the 60s in the mornings and at night, which is perfect! But it’s usually around 80 by the afternoon. It’s slowly getting cooler, though. I dug through the attic space in my closet and broke out my first pair of boots this past weekend. (Read: I have so many boots that I don’t have room for all of them in my closet and have to keep some in the attic.)

So, finally, I felt like it was time. Time for apples, and cinnamon, and brown sugar, and lots of drizzley caramel sauce. Or spoonfuls of it. It doesn’t matter how you get it to your mouth really; I don’t judge. 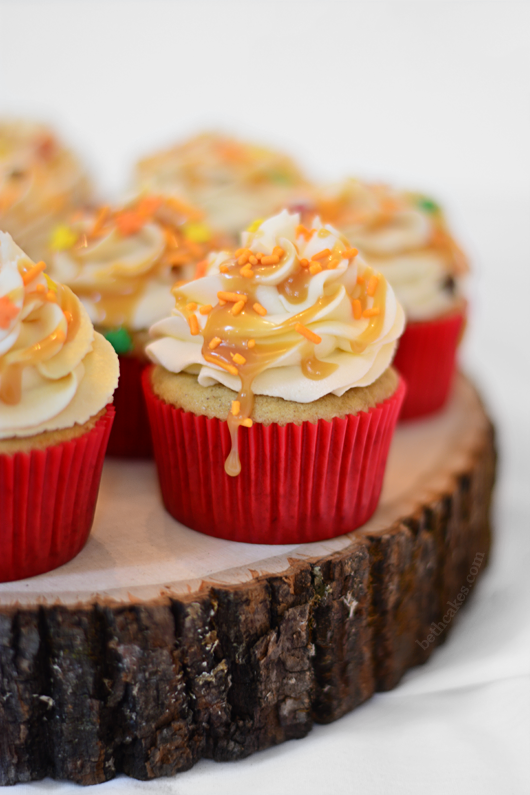 I’ve seen a billion caramel-apple-themed recipes at this point, but I really wanted to make some caramel apple cupcakes anyway because it’s one of my favorite flavor combinations. And I saw these cute fall leaf sprinkles at Michael’s and had to make something with them.

The cupcakes have some Redd’s Apple Ale in them, but they also have chopped apples. I pureed mine, actually, but you can do whatever you like. Chopped, grated, pureed. It’s all good. I just really wanted to make sure that apple flavor was in there. Oh, and I also browned the butter because I’m still not sure how I’ve never done that before my last post. Browning the butter isn’t necessary, but it kind of is. 😉 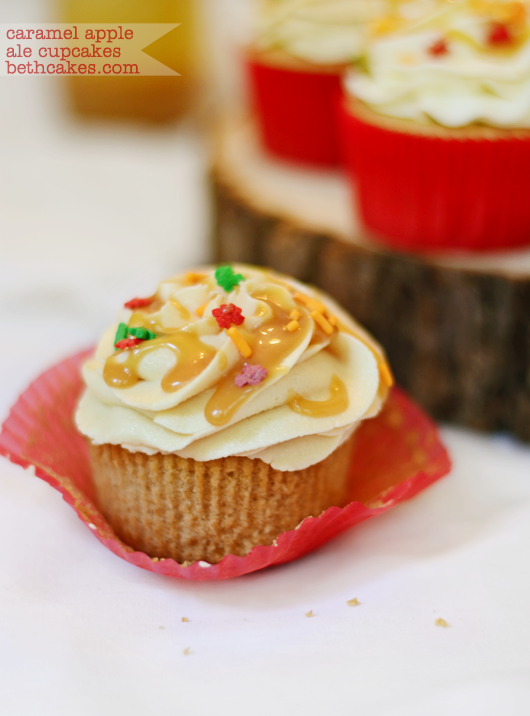 I’m very pleased with how the cupcakes turned out, but oh my gosh this frosting. Caramel just makes everything better. And caramel sauce. You can never have enough caramel sauce. It’s was a pain in the booty to make, but that’s probably just because I didn’t know what I was doing the first time around. But messing up several pots to get it right was totally worth it.

I took these cupcakes to work, but my family loved them so much there were only five left. Um, oops!

3.1
https://bethcakes.com/apple-ale-cupcakes-with-caramel-frosting/
Recipe from Bethcakes. All images and content are copyright protected. Please do not use my images without prior permission. If you want to republish this recipe, please re-write the recipe in your own words, or link back to this post for the recipe. Thank you.
Tweet
Pin3K
Share38
3K Shares