So Cookies and Cups and Confessions of a Cookbook Queen are having a contest. You could pick out one of their recipes and create your own version. You could tweak the ingredients, add new flavors, make it your own. Whatever you want! I just found out about it a couple days ago, and tomorrow is the deadline. I’m not sure how, but I managed so get everything done in time. And by “in time” I mean, this morning I hastily took pictures, threw all my dishes in the sink, and ran out the door to work. 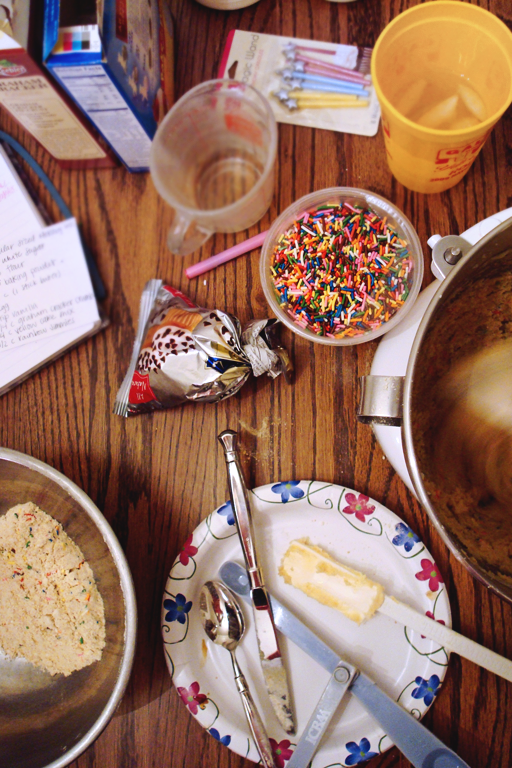 I decided to browse through Cookies and Cups‘s recipes and had pies on my mind for some reason. So I looked through her pie recipes and then BAM. S’mores Pie. I have seen this on her blog before and several times on Pinterest. If you know me at all you know how I feel about s’mores, so there really was no point in looking any further. I mean, I really didn’t have any other option. 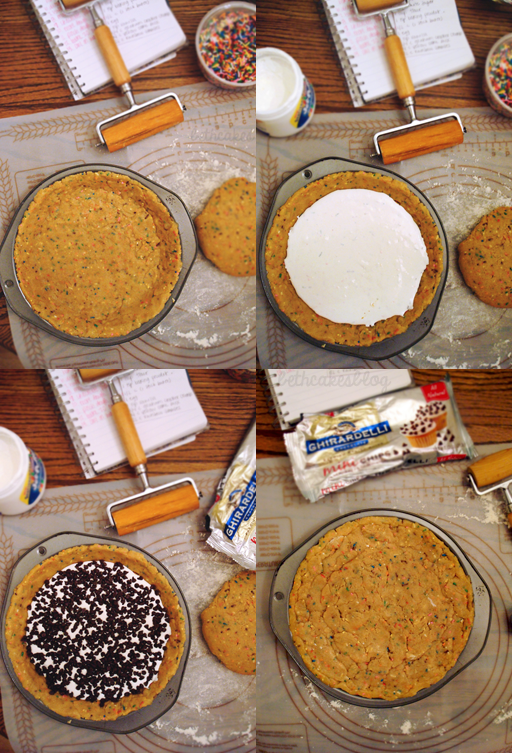 Basically, what makes the original pie a s’mores pie is that the crust has graham cracker crumbs in it, and it’s filled with marshmallow creme and chopped chocolate bars. To make the bethcakes version, I added some yellow cake mix and rainbow sprinkles to both the crust and the filling. Then I spread more marshmallow creme on top and toasted it under the broiler in the oven. To me, something isn’t 100% s’mores-flavored unless the marshmallows are toasted. Of course, there are occasions when that isn’t easy. But it turned out wonderfully here. The marshmallow creme was all crackly on top and gooey underneath. Mmmm. ♥ 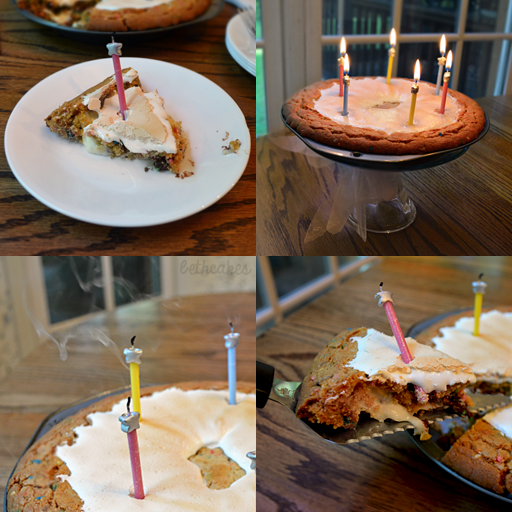 I took a lot of pictures of this pie (because I got a new camera!) and didn’t want to flood this post with photos of me shoving fork-fulls of it in my face. I’m not saying I did that, but whatever. So I made a bunch of collages, and I still don’t think you can really tell how good this pie was. You just need to make it.

for the crust:
for the filling:

For the crust:
For the filling:
Assembly:

Recipe adapted from Cookies and Cups. I am entering this Birthday Cake S'mores Pie in the Creative Recipe Contest hosted by Confessions of a Cookbook Queen and Cookies and Cups!

3.1
https://bethcakes.com/birthday-cake-smores-pie/
Recipe from Bethcakes. All images and content are copyright protected. Please do not use my images without prior permission. If you want to republish this recipe, please re-write the recipe in your own words, or link back to this post for the recipe. Thank you. 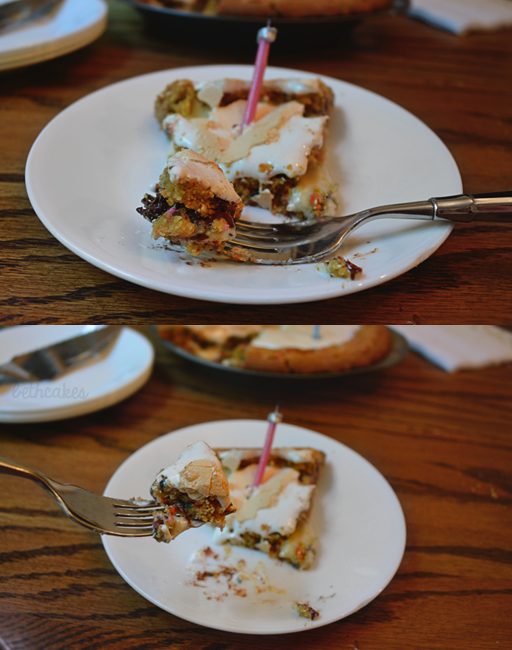 I took this pie to work today because we had a little office party, and it got many compliments! I mean, it started out with Cookies and Cups incredible recipe, so if you are an avid s’more-lover, you should totally try the original version!