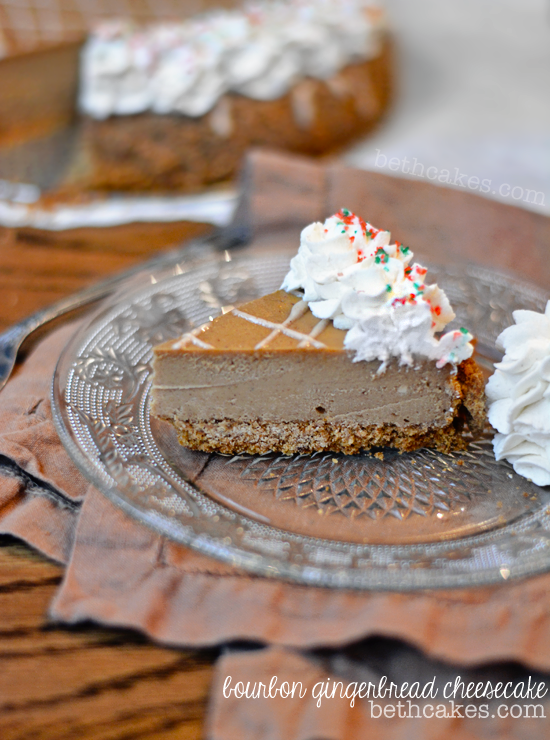 I wanted this to be my one big Christmas recipe, other than the Red Velvet Oreo Trifle, and if you’re really desperate for one more Christmas dessert, you probably still have time to make it. I’ve been late with all my Christmas posts this year, but if you’re family is like my family, you have a big Christmas shindig with one half of the family on Christmas Day, and a smaller get together with the other half of the family the weekend before or after. It’s a little bit more difficult for my mom’s side of the family to get together because everyone has to come in from out of town and things like that.

So if you have a similar situation going on, you should consider making this cheesecake because it’s delish. It definitely has that gingerbread flavor, but it’s nothing over-powering or in-your-face. 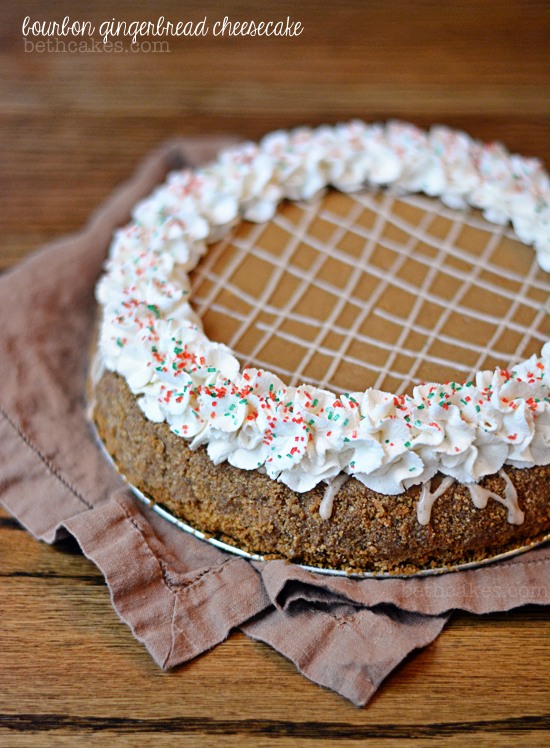 I’ve made one cheesecake before. It was last week actually. But it was just a plain, classic cheesecake with raspberry swirl. I added a ton to this recipe and was so afraid it wouldn’t turn out, or it would look funny when I took it out of the oven, or crack all over the top. But it didn’t. It turned out wonderfully! There are a lot of ingredients in the filling, but it’s mainly just spices and things like that. So it’s actually pretty easy. You don’t have to be a cheesecake pro or anything because I’m definitely not! 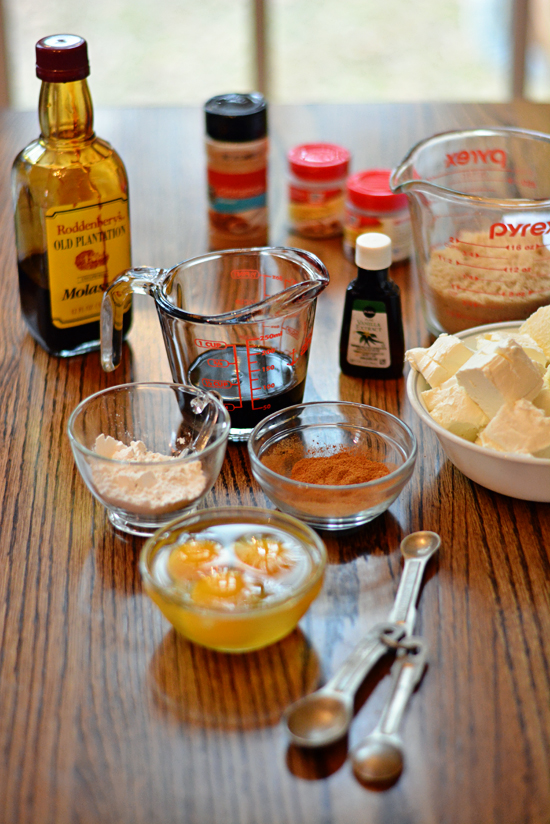 3.1
https://bethcakes.com/bourbon-gingerbread-cheesecake/
Recipe from Bethcakes. All images and content are copyright protected. Please do not use my images without prior permission. If you want to republish this recipe, please re-write the recipe in your own words, or link back to this post for the recipe. Thank you. 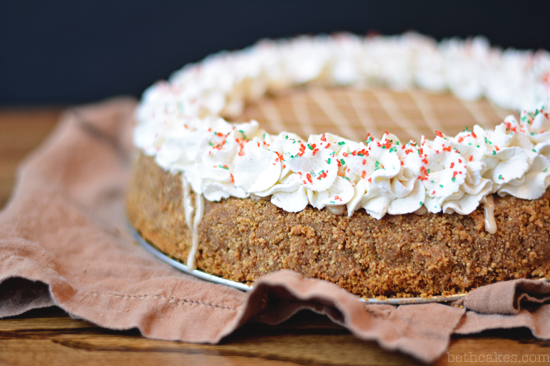