When life gives you a free jug of apple cider, make cake. 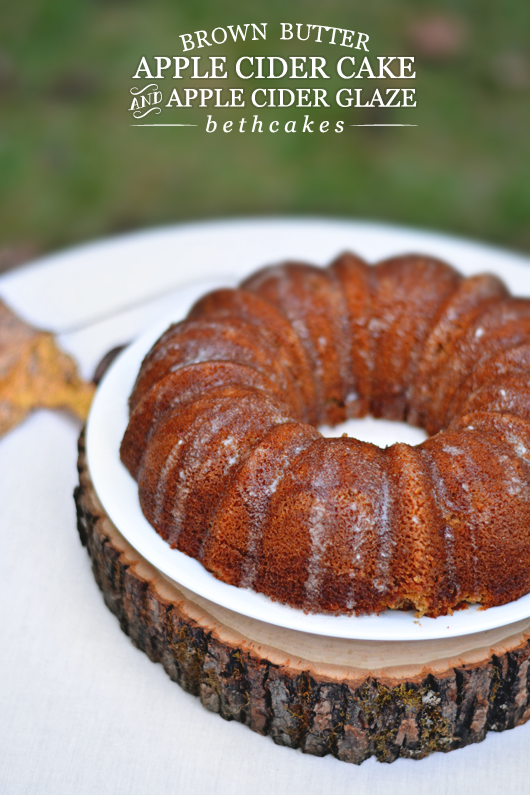 That’s basically how this cake happened. My neighbors got home from vacation, asked if we wanted some apple cider, and I was like, “Um, YES.” And then they brought it over and I made cake. It was a pretty productive evening!

This is not the alcoholic kind of apple cider, which you can totally use if you want. This cider is from Scott’s Orchard in North Alabama. It has a super strong apple flavor, which is why I thought it would do well in a cake. 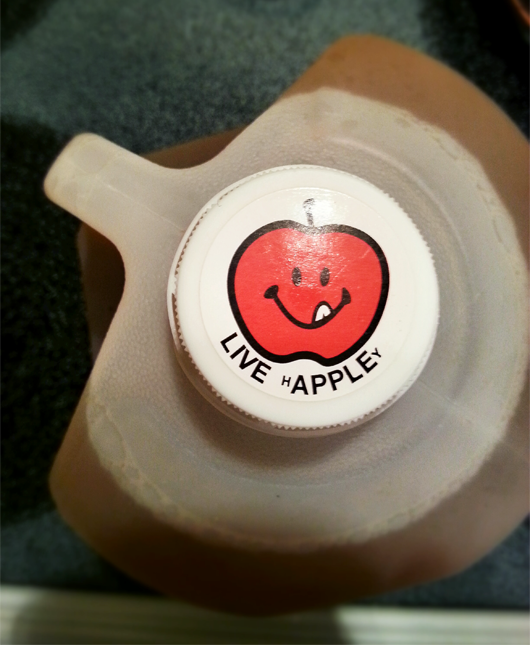 I had this idea that I could take pictures of it at work the next morning, so I tried to get there early, but then realized I completely forgot to make the glaze and hadn’t packed any props or anything. So I decided to take pictures right when I got home from work, but I forgot I had to go to the store, and then the sun was going down by the time I got home. I scrambled to get pictures outside, but I think they turned out alright!

I really would like to have some sort of schedule for this blog, but I haven’t been able to work it out yet. At least I work with a bunch of foodies who will eat all of these things for me. 🙂 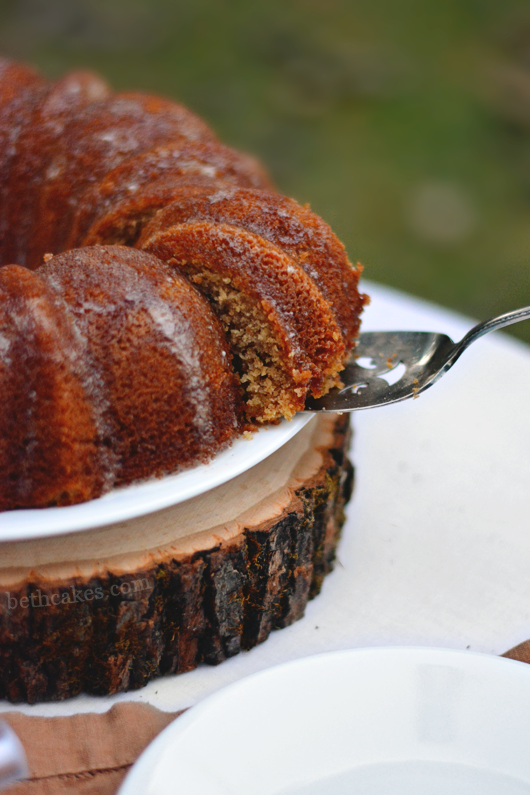 This cake is super moist and a little dense, but full of apple cider and cinnamon flavor. I decided to brown the butter because obviously I’m still riding that bandwagon. I also used a combination of all purpose flour and whole wheat flour, and a combo of granulated sugar and brown sugar. Lots of things going on, but so very worth it! You can sub all the flour for whichever kind you want; all purpose, whole wheat, almond, etc. Just make sure you’ve got the right total measurement. 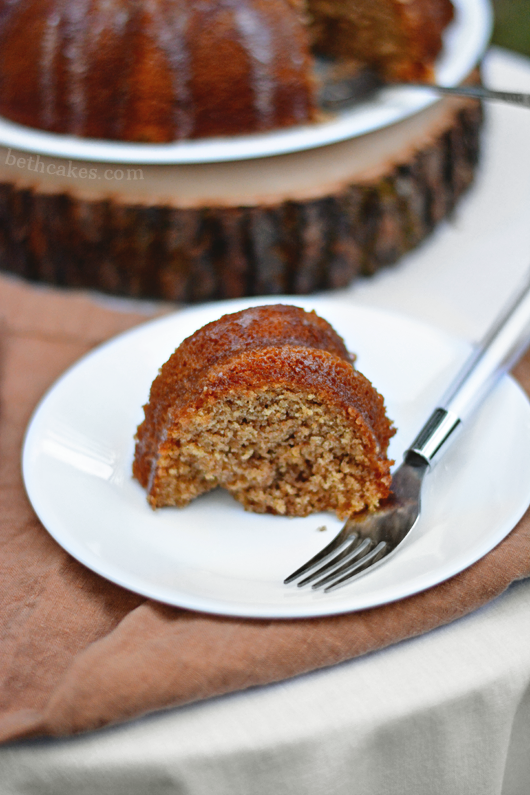 If you’ve been reading along with me recently, you know I’m not much of a pumpkin fan and lean more towards apples, apple cinnamon, and caramel apple in all the many forms they come in (thank you food blogs!), but I’ve got some Halloween-ish posts coming next. And then (gasp!) a pumpkin recipe! Sometimes I just feel like I’m missing out on the pumpkin craze, you know?

For now, I hope you enjoy this apple cider cake. Live Happley. 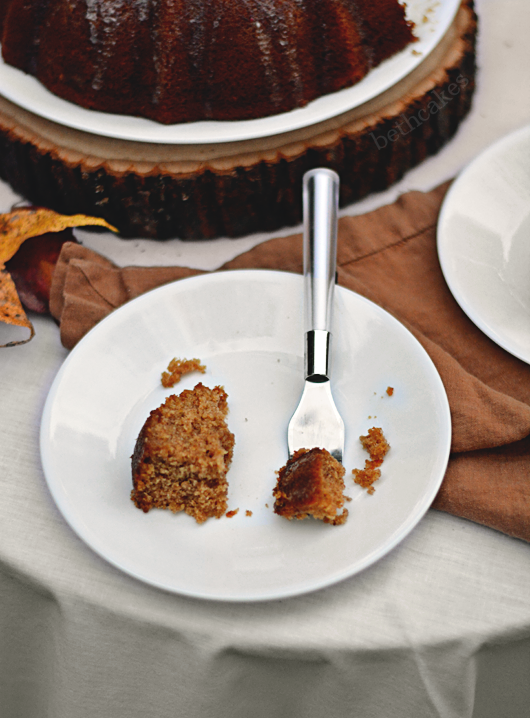 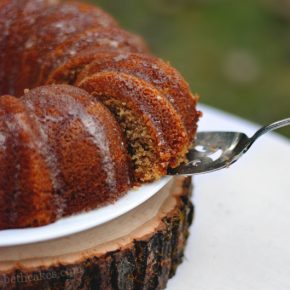 Recipe from bethcakes. All images and content are copyright protected. Please do not use my images without permission. If you would like to republish this recipe, please re-write the recipe in your own words, or link back to this post for the recipe. Thank you.
Tweet
Pin343
Share9
352 Shares