I don’t know why I never thought to use brown butter in brownies until now, but y’all. Y’all. 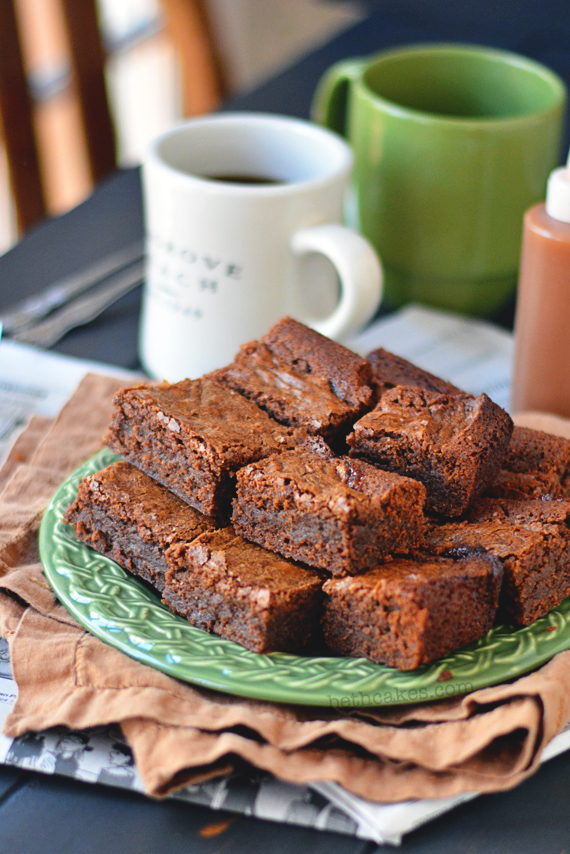 These are the kind of brownies that kept me sneaking little pieces every time I went into the kitchen. Gotta feed my dog? Okay, I’ll have a little bite of brownie. Need a glass of water? Yeah, I’ll have some brownie with that. Haven’t been in the kitchen in half an hour? Sounds like it’s time for a brownie!

Fortunately, they lasted almost a whole weekend that way. 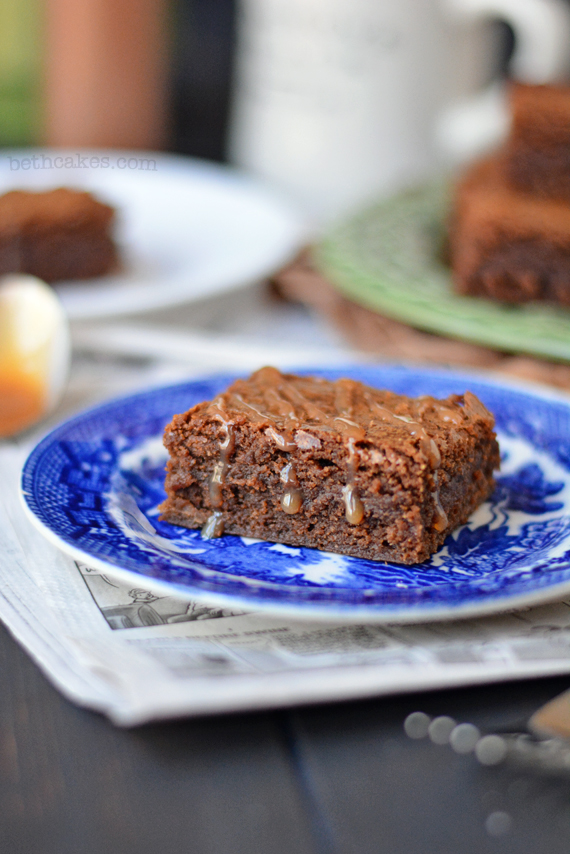 Not only are these brownies made with brown butter, I also added a layer of caramel in the middle. I was hoping they’d turn out similar to these gooey caramel stuffed brownies that you’ve probably seen on Pinterest. They did not. I don’t think I added enough caramel because it just blended in with the batter. My favorite brownie recipe makes some pretty fudgy brownies to begin with, but because of the caramel, these had an extra fudgy layer in the middle. Then, obviously, there needed to be more caramel on top, and y’all. Y’all. 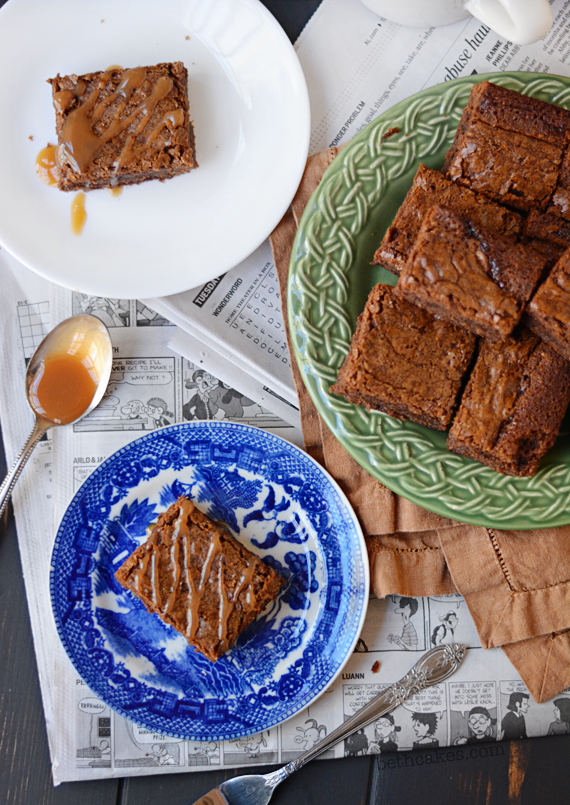 I’m going to be honest–I used a store bought caramel sauce and doctored it up. There was already some in the fridge and I thought, “Ehh, why not?” The caramel was also a last minute addition. Basically, I’d forgotten I had some until I saw it in the refrigerator. If you have a favorite or go-to caramel recipe, you can totally use that instead. You’ll only need about 1/2 a cup for these brownies, so you might end up with way more than you need. Not that that’s a bad thing. I’m sure you could find something to do with it. (Read: eat it with a spoon.)

Because you’ll be adding two teaspoons of whiskey to the caramel, you’ll need a thick sauce to begin with. Otherwise, the whiskey will thin it out and it’ll be too drippy. Unless you’re planning on drinking it, in which case, you’ll need to add more whiskey. 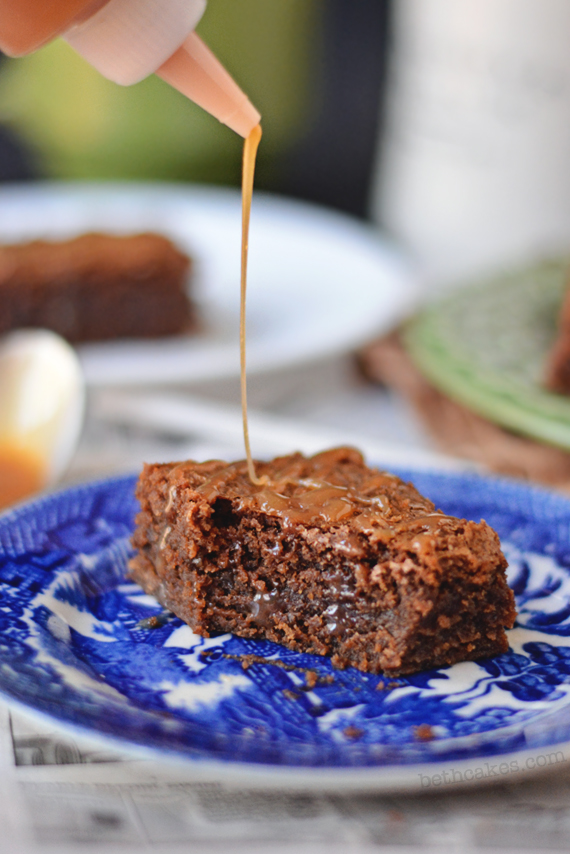 For the whiskey caramel:
for the brownies:

for the whiskey caramel:
for the brownies:

3.1
https://bethcakes.com/brown-butter-whiskey-caramel-brownies/
Recipe from Bethcakes. All images and content are copyright protected. Please do not use my images without prior permission. If you want to republish this recipe, please re-write the recipe in your own words, or link back to this post for the recipe. Thank you.
Tweet
Pin187
Share11
198 Shares