Have you ever seen a picture of something or read a recipe and thought, “I NEED TO MAKE THIS IMMEDIATELY.”? You probably have. I had that same thought when I saw this Caramel Apple Cheesecake Tart in the September issue of Southern Living. There are actually several impressive apple recipes in there that I still must make. Apple Cider Pound Cake. Apple Stack Cake. Apple Butter Cookies.

I’m all about some apples right now in case you haven’t noticed. 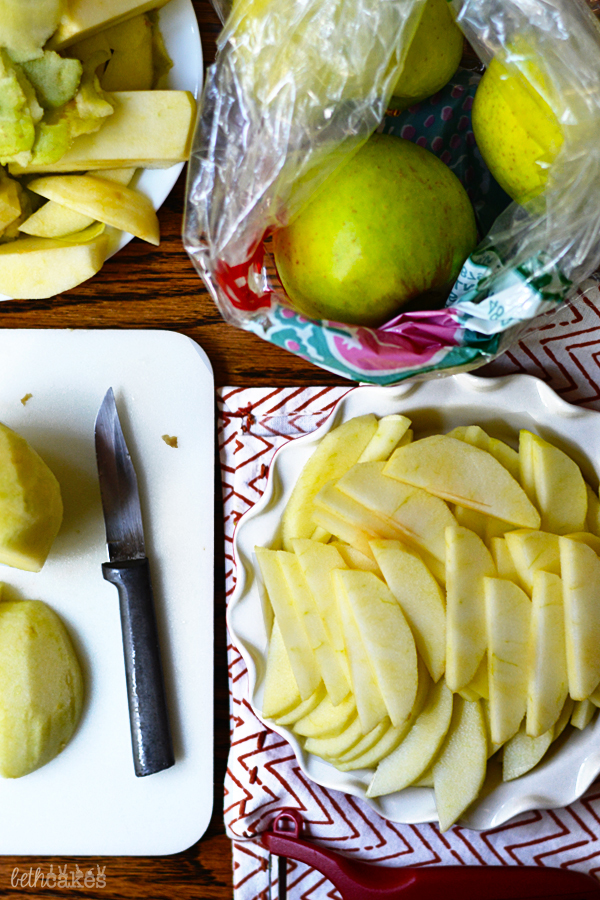 I came across this recipe again at work about a week ago and got to looking at the ingredient list. For something that involves caramel apples, cheesecake, and tarts, it really didn’t look that complicated. The recipe has three different parts: the crust, the cheesecake, and the topping. But each section has just 4 or 5 ingredients, and a few of them are the same in each section. So I decided to give it a whirl. Why not!

And it was actually very simple! But I did a few things differently than the recipe just because I kind of felt like it.

First comes the crust. It’s made of gingersnaps and pecans and it’s totally bursting with fall flavors! The recipe has you process the gingersnaps into crumbs and then stir them together with melted butter, a little brown sugar and some chopped, toasted pecans. I decided to just throw the pecans into the food processor with the gingersnaps because I’m not really into having nuts in baked goods.

Also you can see that I didn’t use a tart pan because I don’t have one. This recipes works perfectly fine in a springform pan, but because it’s a thin cheesecake, it really would look better in a tart pan. Not that it’s all about the looks, but that’s the whole “tart” part of Caramel Apple Cheesecake Tart. The cheesecake is really simple, and is flavored with brown sugar and apple pie spice. I just used about 1/4 teaspoon of cinnamon, and a pinch of nutmeg and ginger.

Then comes the apple topping. I used four medium-ish (a little bit on the small side) Granny Smith apples and cut them into thin slices. Cook those in some brown sugar (I also added a little bit of cinnamon here), let them cool, and then arrange them on the cooled cheesecake. Southern Living’s photo has the apples arranged in a “rosette” shape in the middle, but mine were just too slippery and looked a mess. But I think laying them out in a “fan” pattern looks equally as impressive. 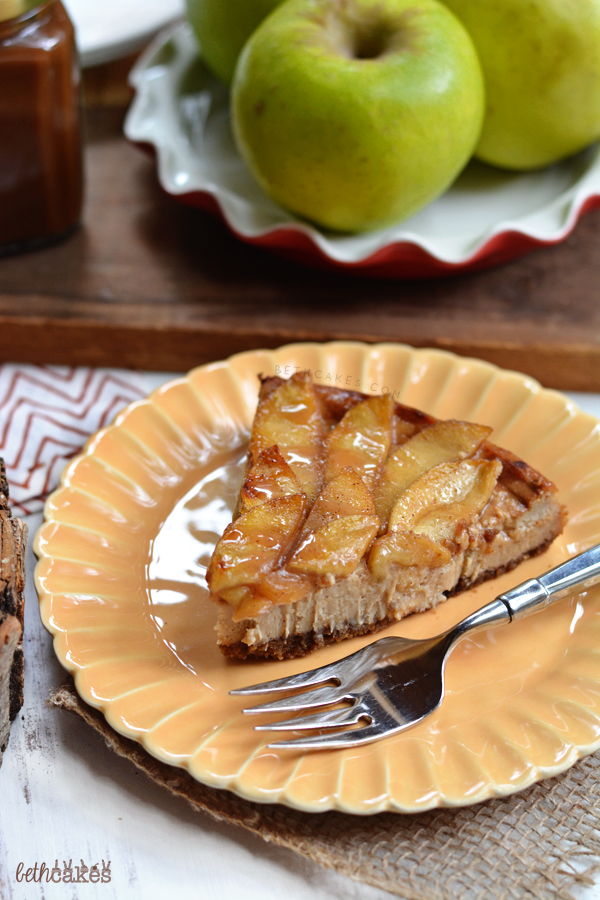 And then you’re done! Each step really is very easy, and I think you can break up the process into two days to make it even easier. Do the crust and the cheesecake one day, and then the apple topping the next day. It does say to chill the whole thing for about an hour after the apples have been browned, so keep that in mind.

If you’re looking for a fun and easy dessert for a fall get together, definitely try this one. It’s simple and has an impressive presentation, which is kind of the whole package. Also, it’s pretty fun to eat.