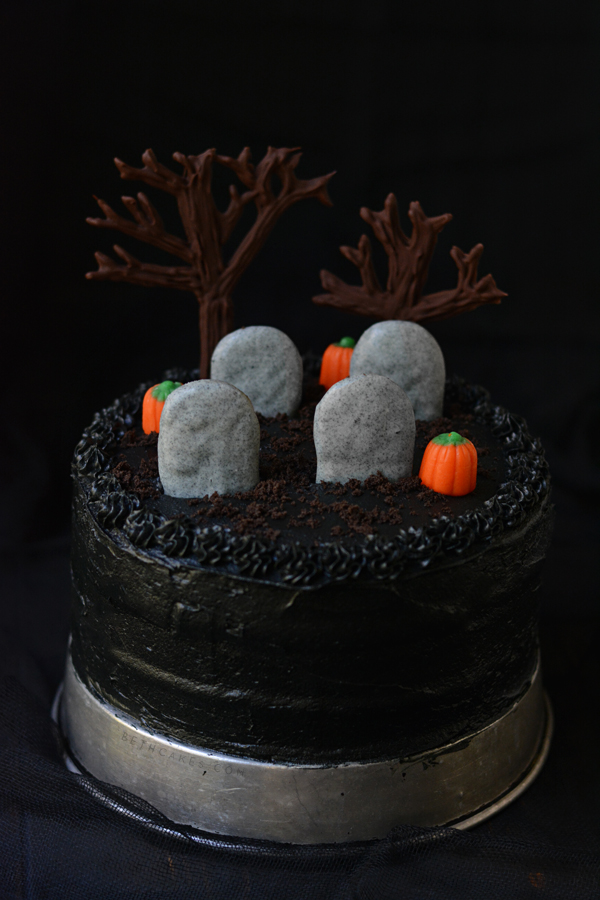 I know everyone and their mama is posting cemetery cakes right now, but I thought, “Hey. That looks like fun.” So I made one, and ate tasty snacks in the process.

This cake uses my all time favorite chocolate cake recipe. It’s Hershey’s Black Magic Cake, which is kinda fitting. I’ve seen it on the internet a million times, but I first saw it in my grandmother’s recipe collection. It’s just the softest, chocolatiest cake I’ve ever had.

Originally I bought some Oreos just to crush them up and use them as the dirt on top of the cake, but I made more than I was going to need. So I threw the extra 1/2 cup of Oreo crumbs into the cake batter. Will definitely be doing that again! 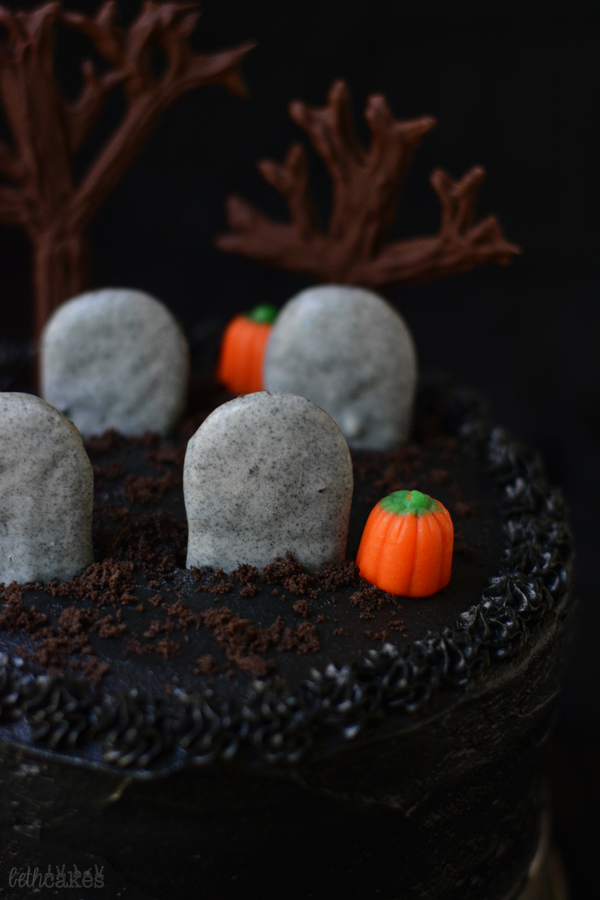 When I went to the cookie aisle in the grocery store to buy the Milanos, I just stood there for a minute trying to decide which flavors to get. My eyes came across the Dulce de Leche Milanos, and oh my gosh you have got to try them. Just do it.

As you can see this cake is also decorated with some candy corn pumpkins, which leaves you with a looottt of candy corn leftover to snack on.

For the chocolate trees, I put some melted chocolate in a squeeze bottle and just free-handed the tree design. I will say that the trees do better the thicker you make them. After the first layer of chocolate set, I went over it with another layer. It could have used a third layer actually because one tree eventually just bent halfway up and the top fell off. 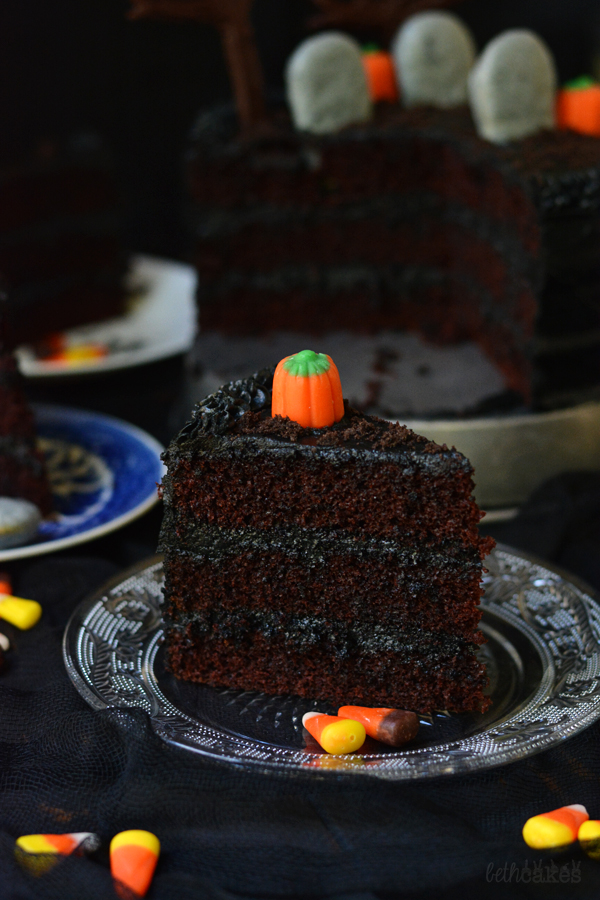 This is one seriously chocolaty cake. Aside from the Black Magic Cake, the frosting is made with a good dose of dark cocoa powder. I tried to get it as dark as I could without food coloring, so I wouldn’t have to add a lot of it. I think you could go with just the cocoa powder, though. I almost wish I wouldn’t have added the black food coloring. I mean, I still wanted to eat it with a spoon, so really this just comes down to preference.

Also, you should know that black food coloring–even just the smallest amount–turns your mouth black. Could be a nice touch with your Halloween costume, but I just wanted to mention it! I really wish I could get into Halloween this year, but for some reason I just really haven’t been feeling it. This cake is about as festive as I’m probably going to get, haha. 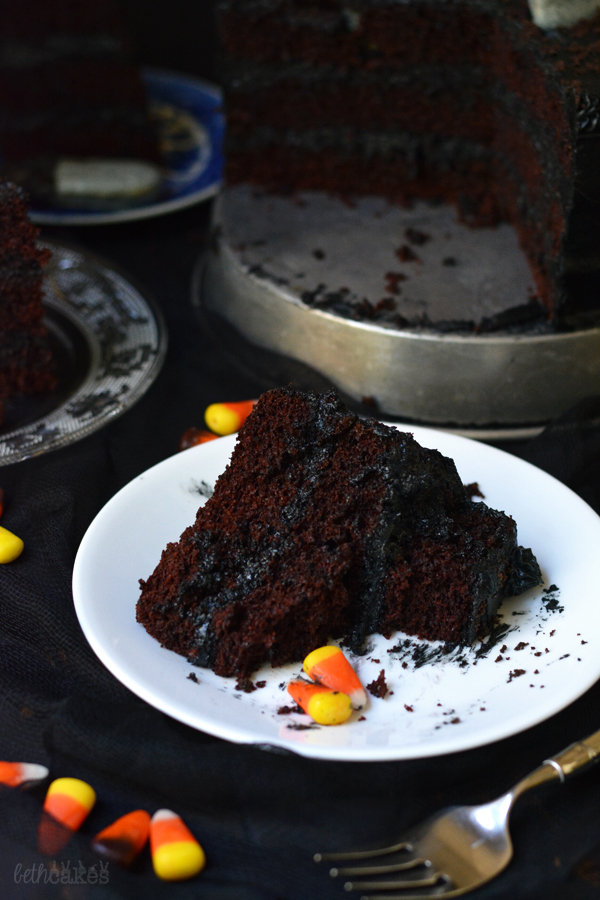 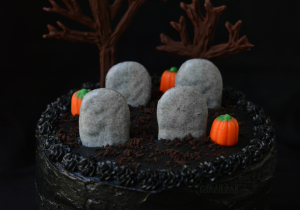