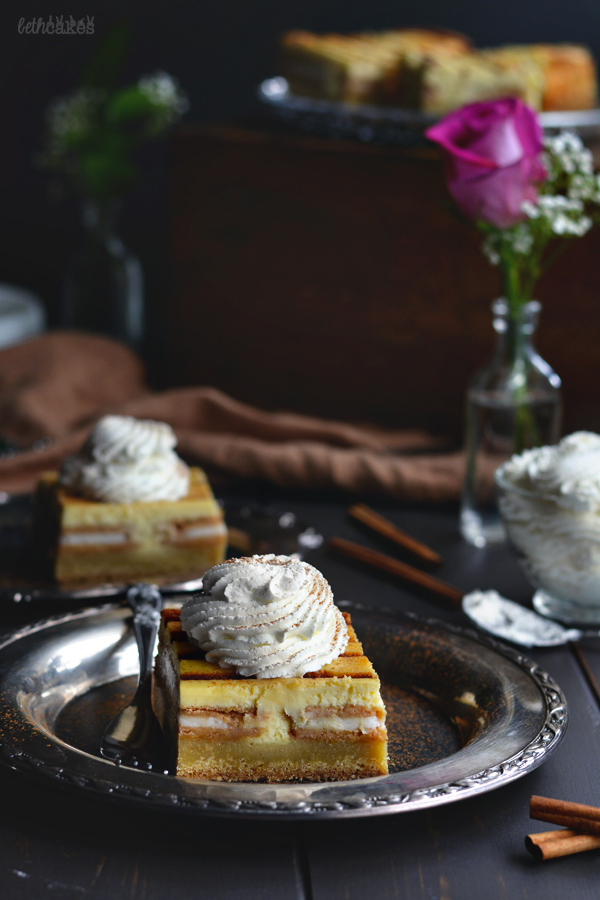 I almost forgot to share these bars with you! It’s been a whole two weeks since I made them. I can’t believe I’ve waited that long, considering how I feel about Oreos. Puhlease tell me you’ve tried the cinnamon bun flavor? Everyone was all, “Omg the filled cupcake Oreos are bomb!” But I wasn’t really impressed with them. They just tasted like the chocolate creme filled Oreos I already had in my pantry.

The weekend I made these bars, I think I might have set a new record for how many packages of Oreos were open in my apartment at one time. I am not going to think about whether or not this is a good thing. 😉 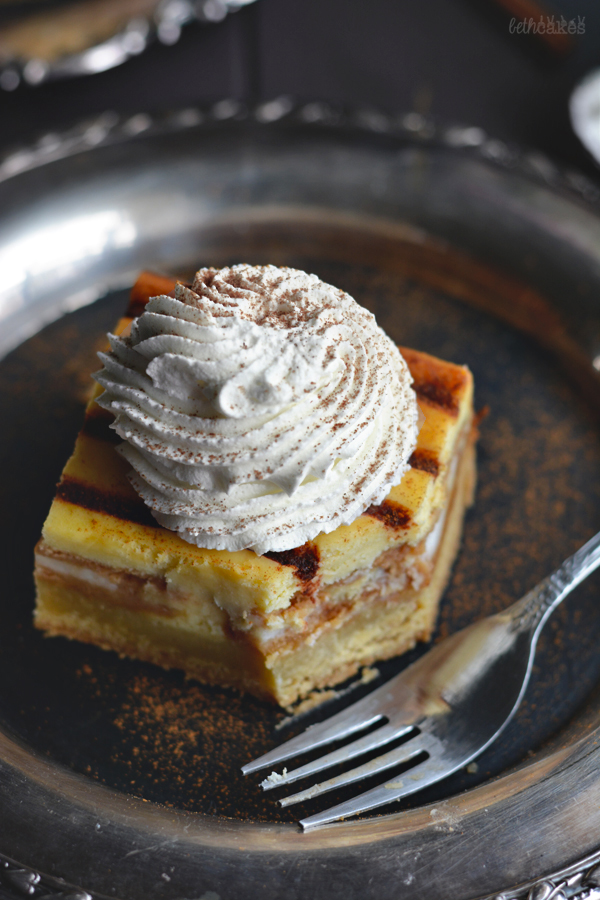 The cinnamon bun Oreos, tho. They are where it’s at. In case you were under the impression that all these crazy “limited edition” flavors are not important. I mean, some of them are definitely not. Like, I didn’t even bother trying the cotton candy ones. Or key lime – hard pass. I would rather just eat key lime pie, you know? But cinnamon bun Oreos? They make me want to do the dancing lady emoji dance.

I have a *slight* cinnamon obsession though, so I could be a little biased.

To properly celebrate how fabulously addictive these Oreos are, I decided to do a really over-the-top thing and combined them with my Cinnamon Swirl Cheesecake and this Snickerdoodle Skillet Cookie that I made for My Cooking Spot. I feel like these bars are slightly classier than trashy brownies, but they’re basically trashy brownies. Except with cheesecake. Which is the classy part. 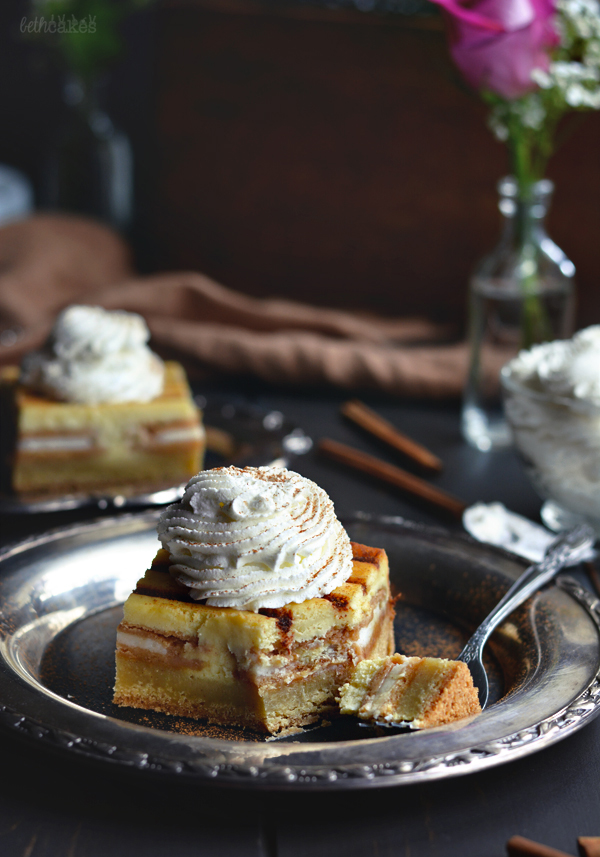 This recipe has a lot of parts, so feel free to make the cookie dough a day in advance and store it in your refrigerator! You know, if you have a lot of will power. (I do not.)
Follow along with me! –> Facebook + Twitter + Instagram + Pinterest
Cinnamon Bun Oreo Cheesecake Bars 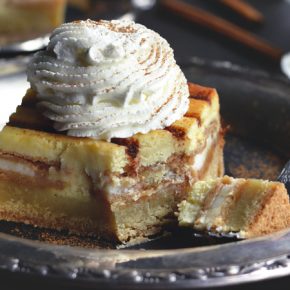 Print
Ingredients
snickerdoodle cookie layer
cheesecake layer
cinnamon topping
Instructions
snickerdoodle cookie layer:
cheesecake layer
cinnamon topping
bake
Notes
Recipe from bethcakes. All images and content are copyright protected. Please do not use my images without permission. If you would like to republish this recipe, please re-write the recipe in your own words, or link back to this post for the recipe. Thank you.
3.3.3077
Tweet
Pin151
Share7
158 Shares