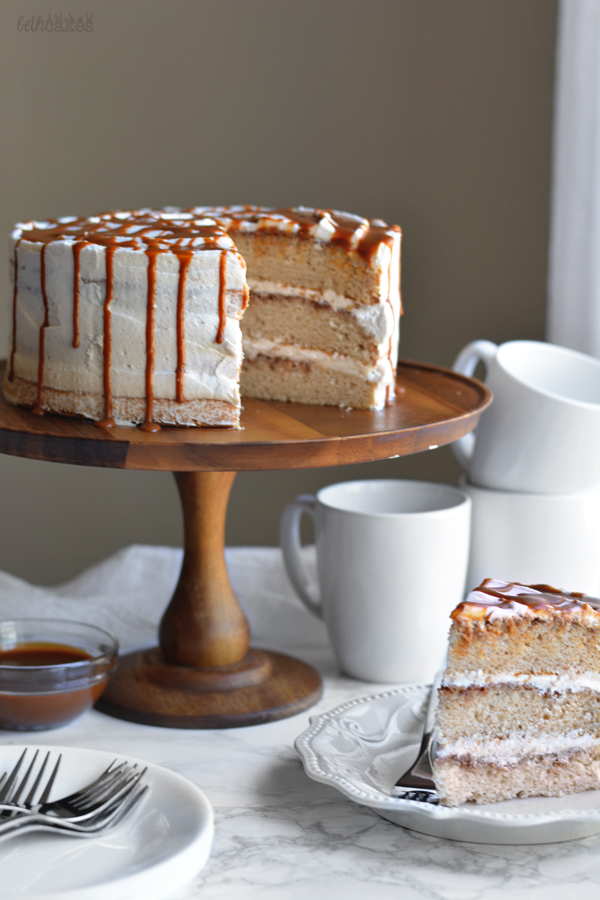 Y’all. I feel like all of my favorite bloggers are coming out with cookbooks this fall! Last year I was extremely excited to hear that Lindsay of Life, Love, and Sugar, one of my favorite baking blogs ever, was creating a book. And it’s finally here! Today is release day! It is only fitting to celebrate the best way we dessert bloggers know how. 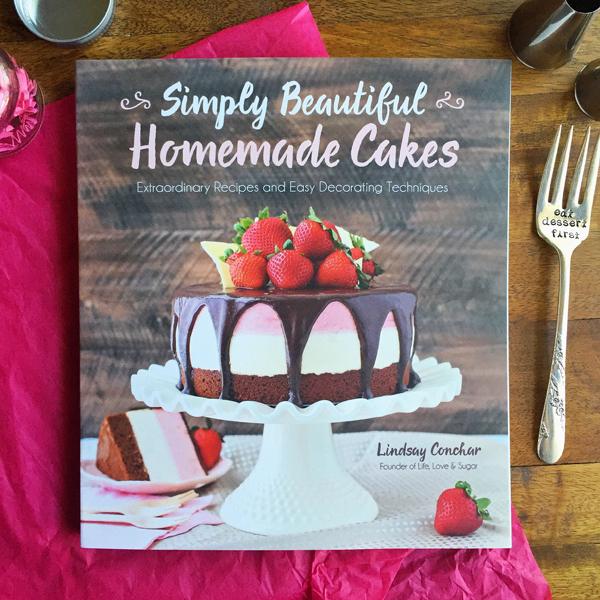 I’ve always admired Lindsay’s perfectly frosted and decorated cakes. So in addition to about a million delicious cake recipes that I’d like to personally stuff in my face, Simply Beautiful Homemade Cakes also covers decorating, from tips and tricks to tools used. I’m always interested to see how other bakers go about creating their cakes, and this section of the book is full of wonderful tips!

When it came to deciding which cake to make first, there was really no question. The Cinnamon Roll Layer Cake. I know I *just* posted a this Pumpkin Cinnamon Roll Cake, but I can’t help it. I just crave cinnamon things in the fall! 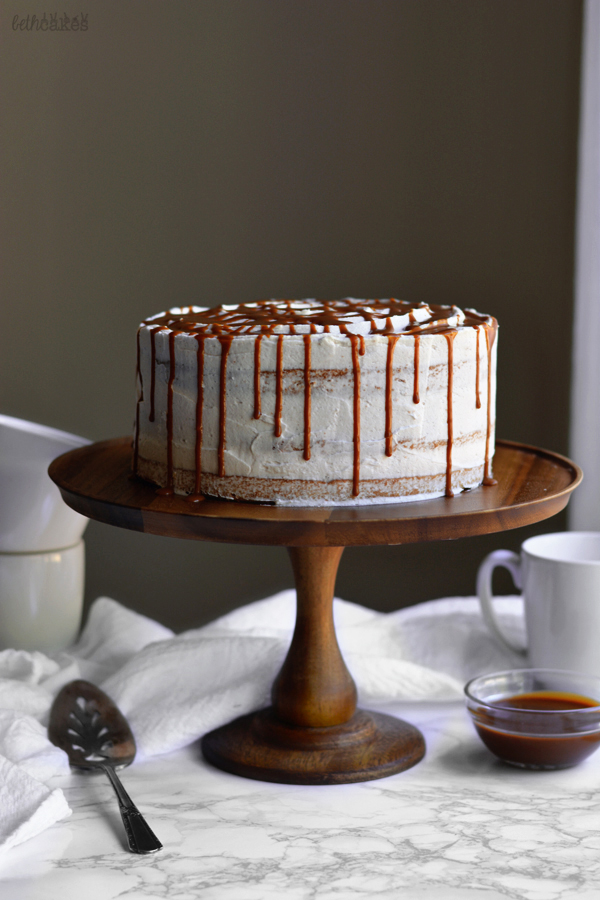 This cake is alllllll cinnamon everything! The cake is cinnamon, there’s a cinnamon glaze that soaks into the top of each cake layer, and the frosting is cinnamon. It’s a cinnamon-lover’s dream come true, really.

I did two things slightly differently than the recipe in the book. One of my coworkers received some new spices and seasoning blends from McCormick, and brought them into work for us to try. The package included *roasted* ground cinnamon, so I snatched that up fairly quickly. I’m not sure if it’s available in most grocery stores, but it really amps up the flavor in this cake!

The second thing was adding the cinnamon ganache. I had some cinnamon chips on hand, and decided to melt them with some cream to create a drizzle since I’m still stuck on the drip cake bandwagon. Feel free to leave it off, but if you’re as cinnamon-obsessed as I am, you’ll love it! 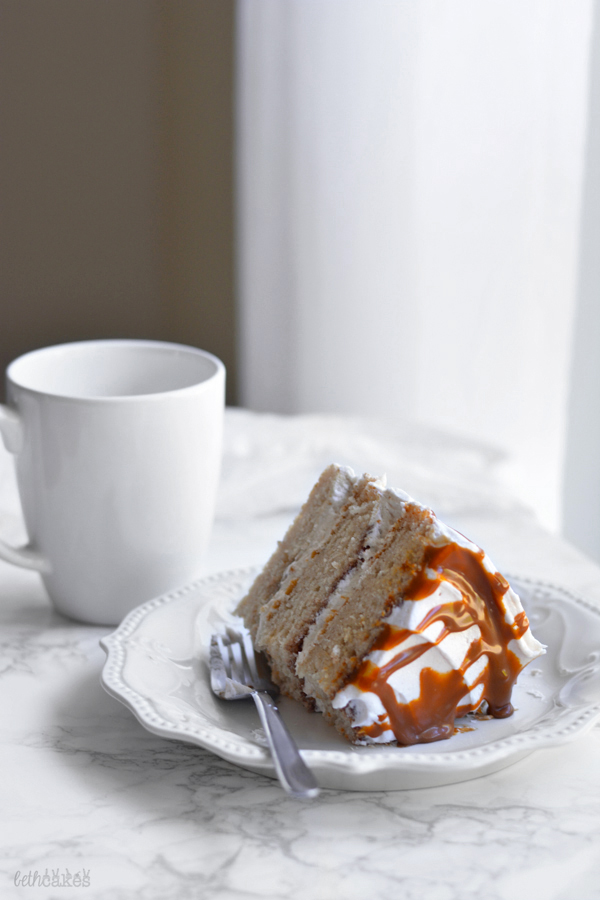 Get your copy of Simply Beautiful Homemade Cakes!