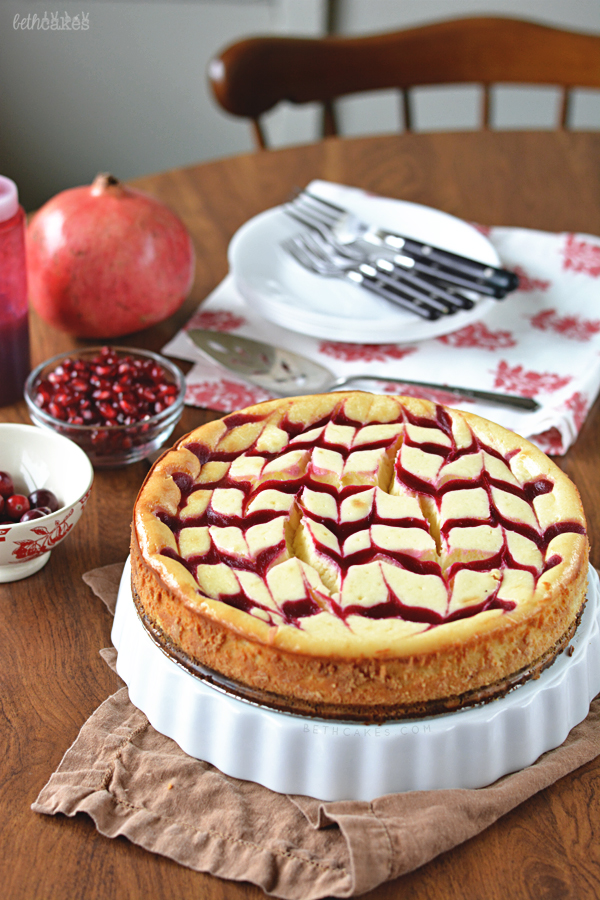 I am eating a slice of this cheesecake as I type this post. Sometimes I forget how good cheesecake is. The texture is just so rich and luxurious and makes me feel fancy. Even when it’s cracked a little bit.

Last week I posted these Bourbon Cranberry Lemonade Fizzes and I had some cranberries leftover. I wanted to use them up, and remembered a bottle of Cranberry-Pomegranate juice I saw in the grocery store when I went to buy the Cranberry Lemonade. Really I just wanted to also make something with pomegranates. 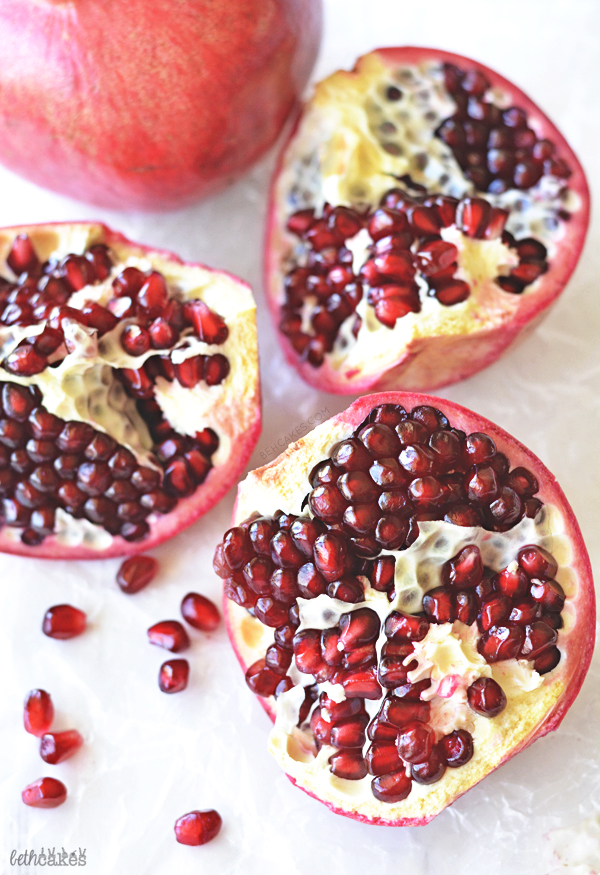 Pomegranates, why are you so weirdly pretty?

For some reason, pomegranates have always reminded me of aliens. Alien fruit. Like if an alien came to earth and saw a pomegranate, he’d be like, “Gah, finally something that looks edible!”

Turns out, pomegranate seeds combined with cranberries in a pot on the stove with some sugar and water makes the most gorgeous colored syrup. It was so vibrantly pink! I wanted to a paint with it. Swirling it into the top of this cheesecake made me feel all artistic and stuff. 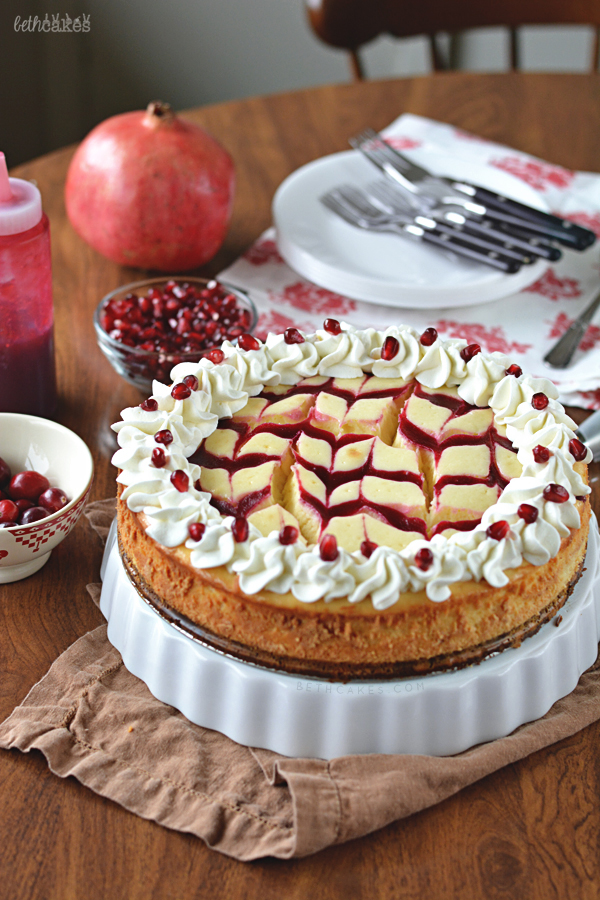 There are some other really good flavors going on in this cheesecake in addition to swirly cranberry-pomegranate syrup. The cheesecake is full of white chocolate and the crust is made with cinnamon graham crackers and pecans. I know regular honey grahams are a go-to for crusts, but let me tell you. Don’t forget about the cinnamon ones, y’all. Also if you want, you can throw some pecans into your food processor when you make the graham crumbs. I’m not going to say it’s required, but you’d be silly not to do it.

Also also, adding yogurt to cheesecake makes it suuuper creamy. Don’t forget this step! I will never not add yogurt to a cheesecake ever again.

In addition to the Nutella Pumpkin S’mores Tart I posted on Friday, this would also be a great Thanksgiving dessert option. Honestly, it can be hard to remember dessert because it’s turkey and side dish crazy town, but definitely make this cheesecake and remember to save room for dessert. 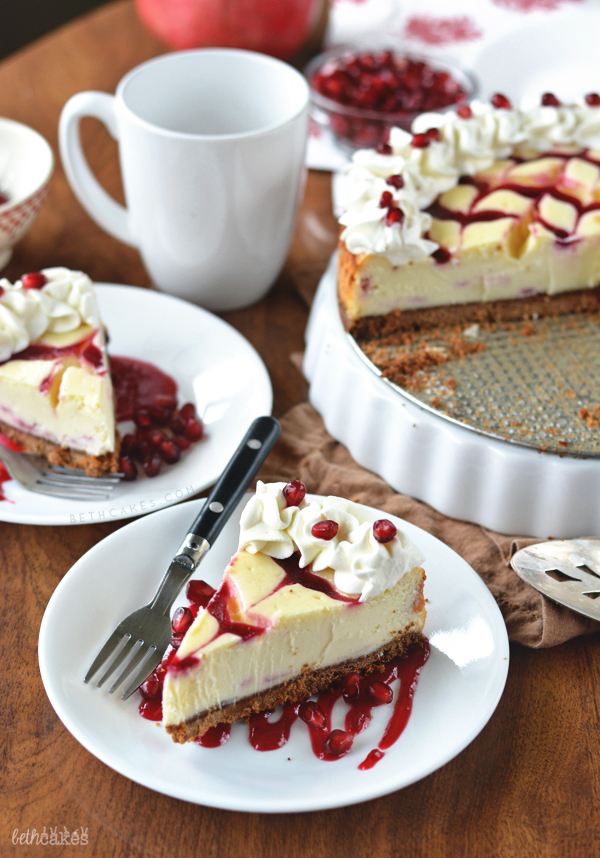 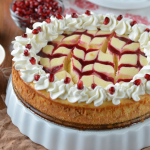 Cranberry-Pomegranate syrup is swirled into the top of a white chocolate cheesecake with a cinnamon graham cracker and pecan crust. It's perfect for Thanksgiving, y'all!