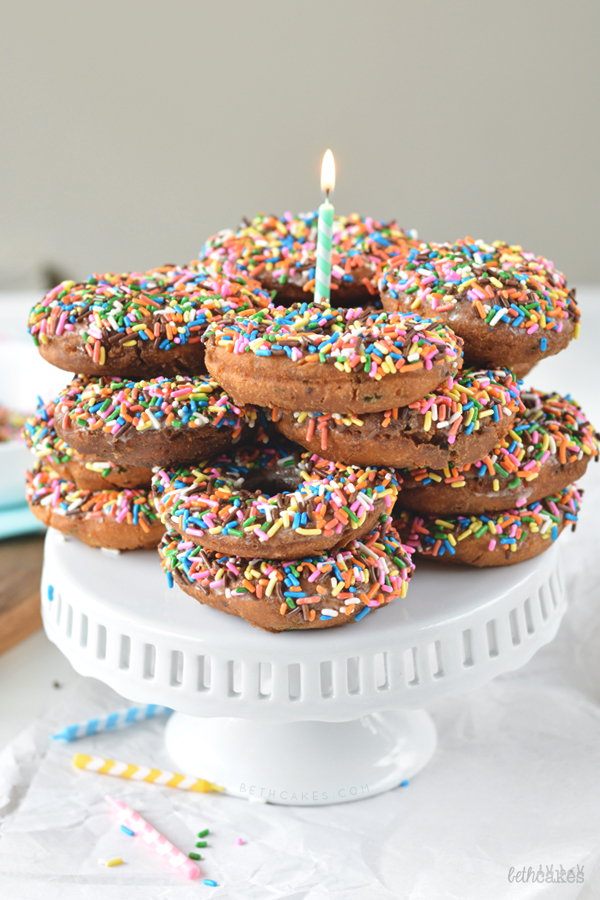 I have to say, this has been one of the craziest weeks. I’ve been at my new job for two months, and it has been so much more eventful than I thought it would be. Plus we’ve got a lot of Birmingham Bloggers events and plans in the works, which is so exciting!

But today we’re celebrating Friday. And the weekend. And that one of my best friends from college is moving to town (!!!). And for finally getting thermal curtains for my apartment. (It was 8 degrees in Alabama at one point this week?) And sprinkles, of course. 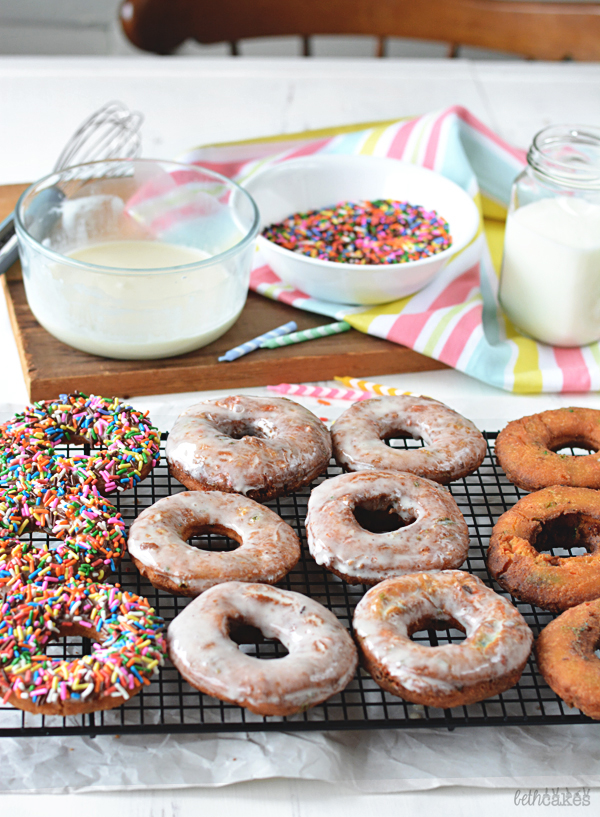 You might remember last spring I introduced Funfetti Fridays on the blog. I was like, “I’m going to do this every other week!” And then it lasted for about a month. I think I did two posts. But in 2015, I’m serious. I am dead serious about Funfetti Fridays, you guys. This year, I’m trying this thing where I plan out all my posts for the month, while kind of knowing it’s a rough guideline. Naturally, I immediately screwed up the first week when I decided to go on a smoothie binge, but that just opens up more days for sweets.

2015 is about more planning and time management! (lol) 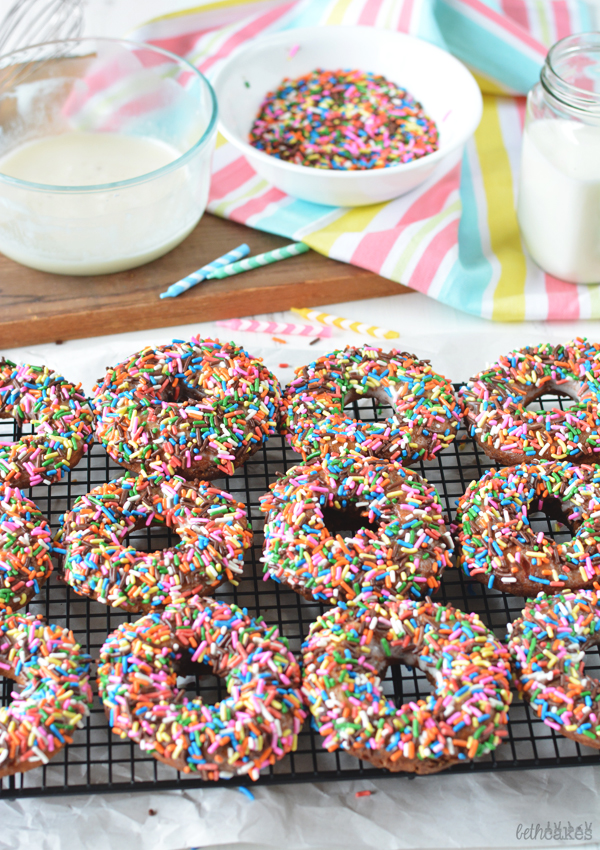 These doughnuts make me really happy. I’d been wanting to make them for awhile, but the thought of dough and rolling it out, and then a giant pot of hot oil and frying things…I just kept putting it off. I always forget that frying–after getting over the smell–is kind of exciting in a way. I know that sounds totally bizarre, but it’s kind of a cool process to watch a little ring of dough float in some sizzling oil for a couple of minutes, and come out as a warm and fluffy doughnut. Super magical.

Honestly, I tried really hard to do a baked version of these, but they are just not meant for that. Doughnuts are for frying!

Once I got over the baked doughnut thing, I really wanted to make an old fashioned cake version. A classic, you know? These are not to be confused with doughnuts that are really just cake batter poured in a doughnut pan. This recipe makes a dough, and it’s pretty soft and sticky, so it sets in the fridge for awhile. Then you roll it out, cut out your cute, little doughnuts, and then gently drop them into 360 degree oil. They take longer and they’re not “healthier,” but if you’re going to splurge on doughnuts, this is the way to go! 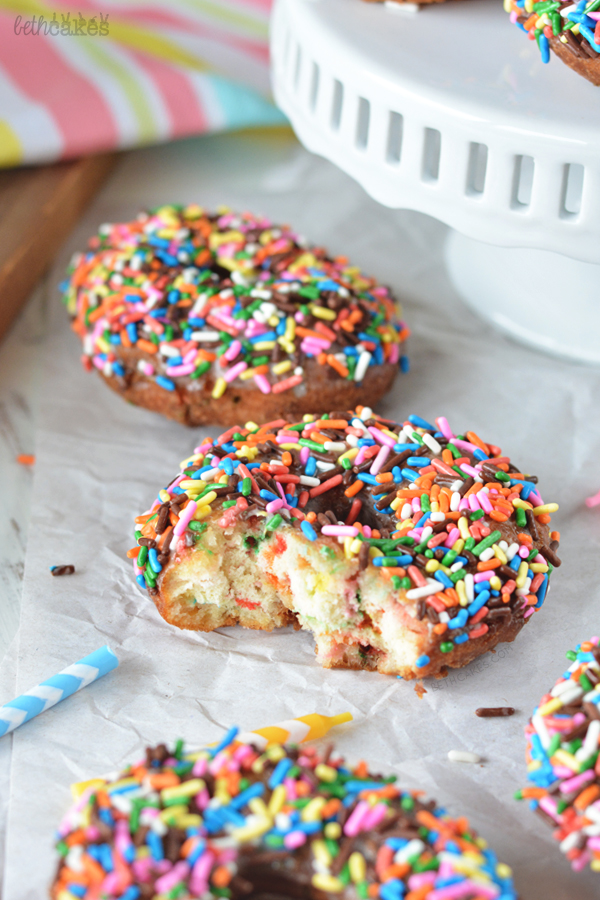 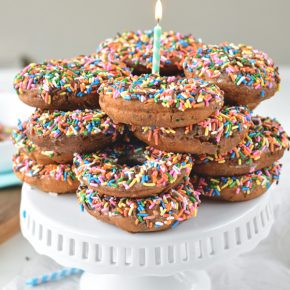 *Butter flavoring can usually be found where all the extracts are sold at grocery stores. Recipe from bethcakes. All images and content are copyright protected. Please do not use my images without permission. If you would like to republish this recipe, please re-write the recipe in your own words, or link back to this post for the recipe. Thank you.
Tweet
Pin199
Share4
203 Shares