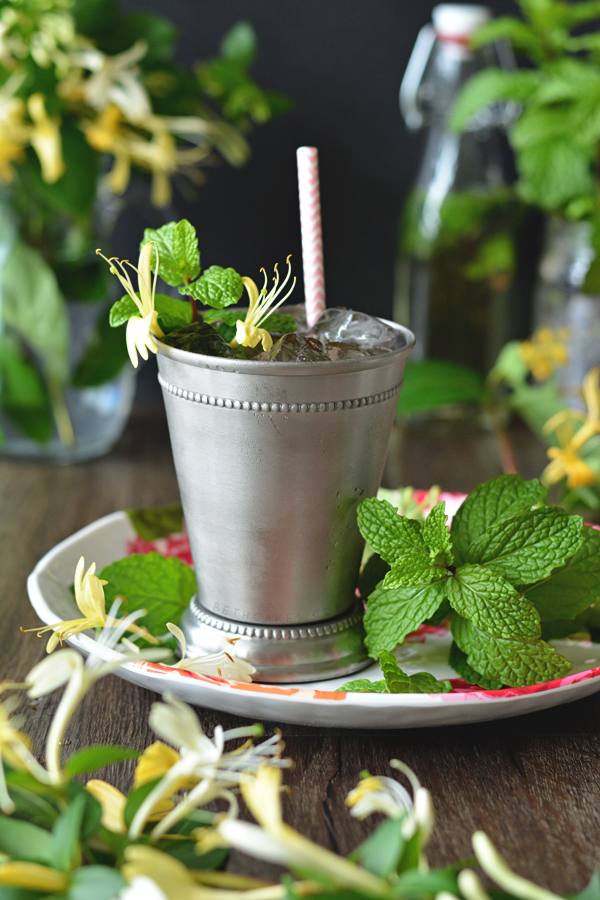 I’m going to be honest up front–these are really just honey mint juleps. But honeysuckle sounded fancier, and if you decorate your juleps with them, then I feel like it definitely counts.

I’m also going to just go ahead and say that I don’t know much about the Kentucky Derby. Except I know it’s this weekend and it involves horses and it’s like America’s once chance to act like fancy British people with expensive hats. 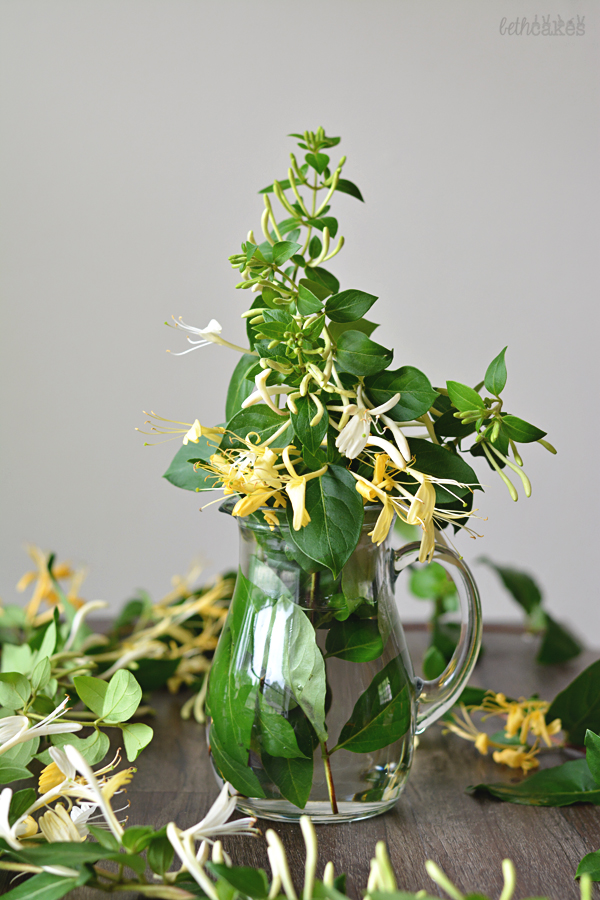 So I did a little research and I found out that the Kentucky Derby has happened every year since 1875. And the derby this Saturday is the 141th Kentucky Derby! It was basically created by the grandson of William Clark, yep the “Clark” part of the Lewis and Clark Expedition. In addition to mint juleps, a stew called burgoo is also traditionally served at the derby?

And there’s your history lesson for the day. It’s probably best that we’re all here for mint juleps since I don’t really know what I’m talking about. 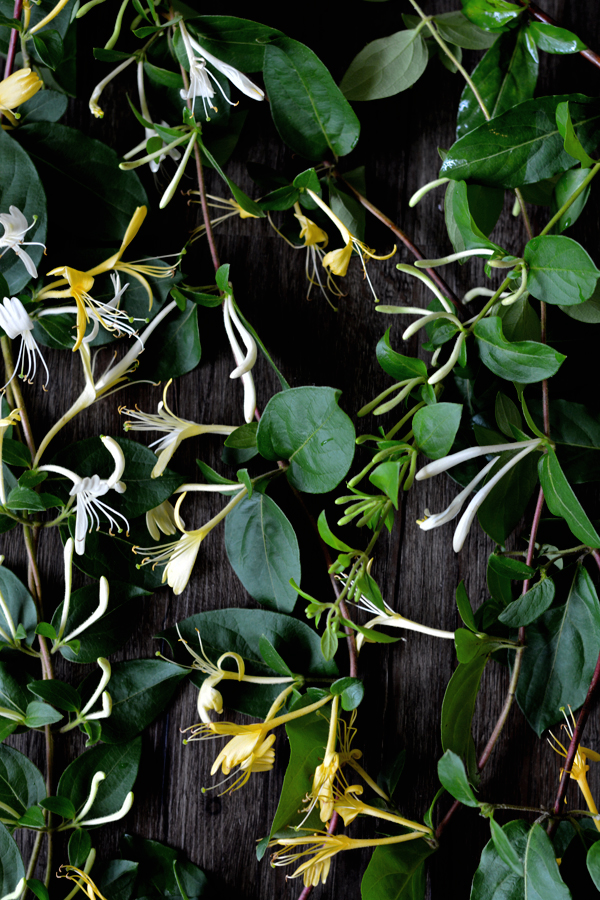 Mint juleps are traditionally made with mint leaves, bourbon, and simple syrup, but I’ve come across several recipes that use whiskey instead of bourbon. I reeeeeally wanted to use a honey flavored bourbon or whiskey, so I went with Jack Daniel’s Tennessee Honey Whiskey.  If you want to stay true to the derby ways, totally go for some Kentucky bourbon.

Instead of just a simple syrup, I threw some mint leaves and a little bit of honey for added flavor. I think the honey whiskey makes a HUGE difference in this recipe, even though I may or may not have ever had a mint julep before I made these. 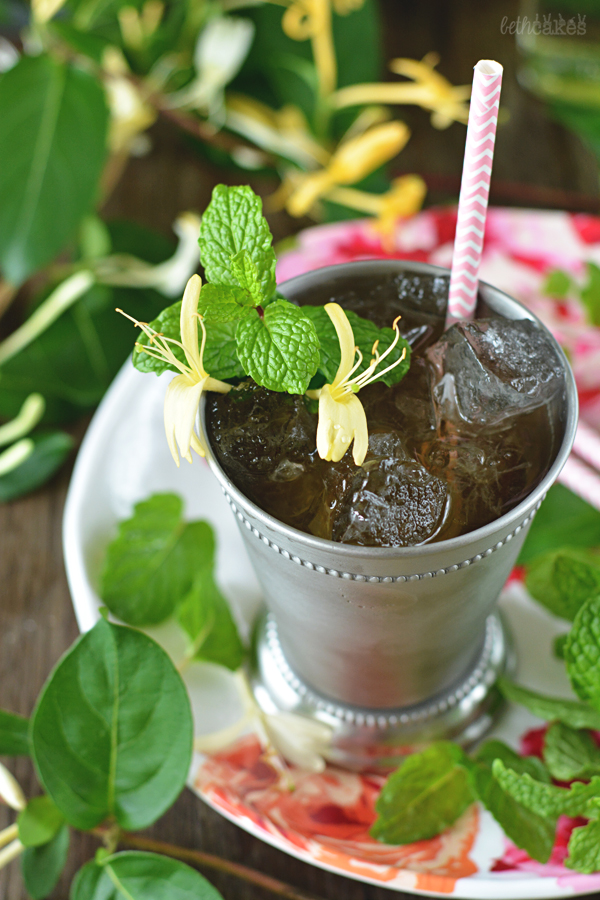 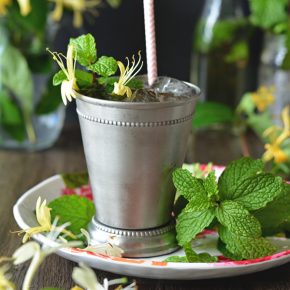 for each mint julep

for each mint julep

Recipe from bethcakes. All images and content are copyright protected. Please do not use my images without permission. If you would like to republish this recipe, please re-write the recipe in your own words, or link back to this post for the recipe. Thank you.
Tweet
Pin73
Share4
77 Shares