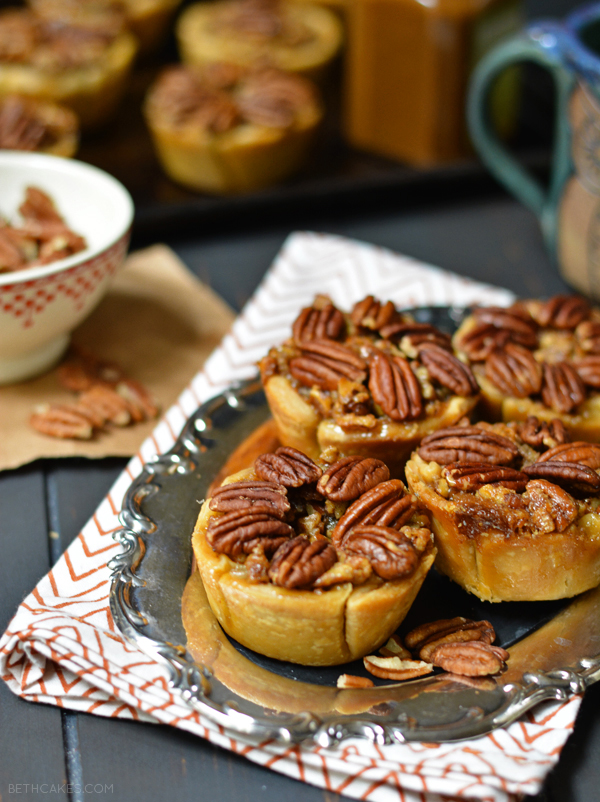 Well, I hadn’t planned on falling off the face of the earth for the last week or so, but I’m back today with mini pies! And they have bourbon in them.

And they’re from a pretty cool cookbook! 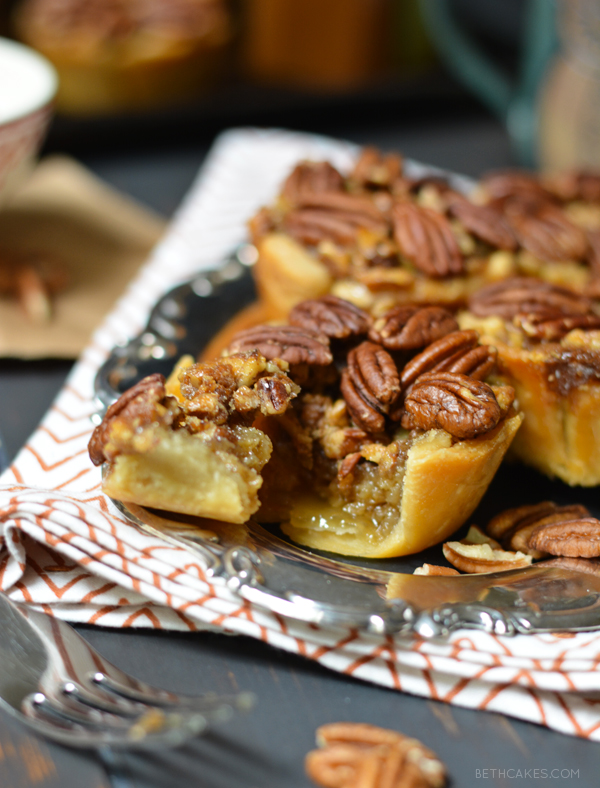 A few months ago, I got the opportunity to interview Morgan Murphy for work. He’s written a few books for Southern Living, and I was really excited when I heard he was writing another book–Bourbon & Bacon. I know. Two things that are pretty awesome on their own, and extremely awesome when they’re together.

There are things I didn’t even know that I needed in my life until I saw them on the pages. 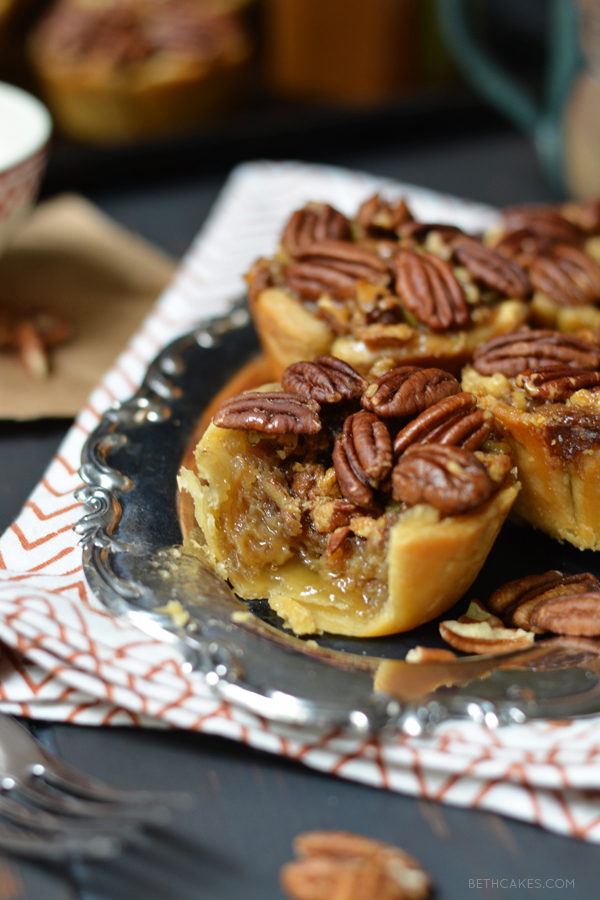 So I was given the opportunity to interview Mr. Murphy again for this book, which you can read here! We were sent an exclusive recipe from the book to share with our readers, and it looked so good that I decided to make it. Except in mini form!

So listen carefully, folks, because I need to tell you how good these things are. I do not like pecans. I. Do. Not. Like. Pecans. But these were so warm right out of the oven and they smelled liked heaven. And, you know, pie crust. ♥ So I ate one. I ate a whole little pie. It was gooey and crunchy on the top, and it had just the right amount of bourbon. It was perfect.

I think you should take these to your next tailgating/game day excursion. They’re super easy and start with a store bought pie crust. Then you just mix together the filling ingredients, pour it in the pie crust, and bake! The hardest part is being mad at your kitchen timer because it says you still have like half an hour left while your house begins smelling like pecans and bourbon. (I’m going to add that to my list of candle scents for my future candle line. Yep.) 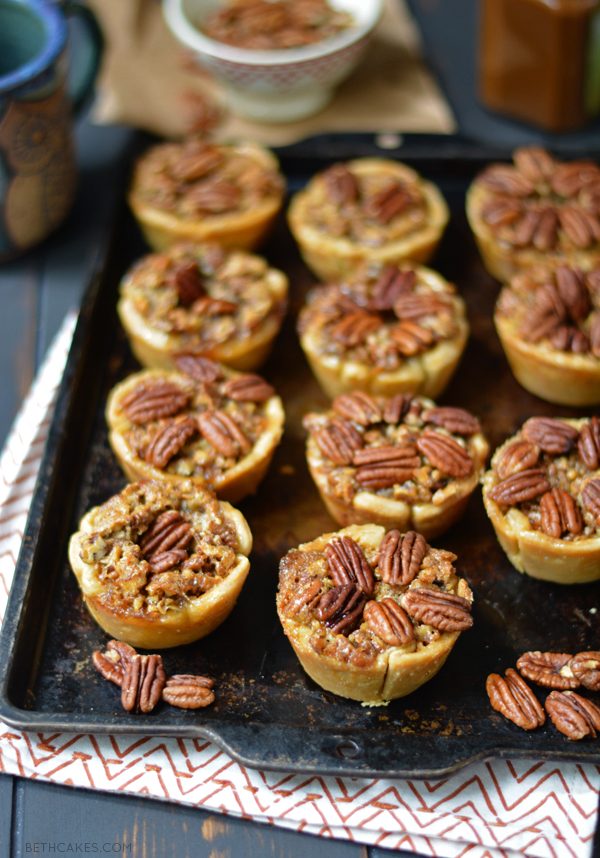 The recipe for the Bourbon Pecan Pie from Bourbon & Bacon is on the same page as the interview. Make sure you do not miss it!

To make the recipe into mini pies, just spray a muffin pan with nonstick spray and cut the store bought pie crusts into *about* 4 inch circles. I was able to get 12–enough for one muffin pan. Prepare the filling according to the recipe instructions, then fill each little pie cup. You may have some filling left over. Bake according to the instructions, except do 30 minutes at 325 degrees instead of 45. Then, I won’t judge you if you proceed to shove them in your face.