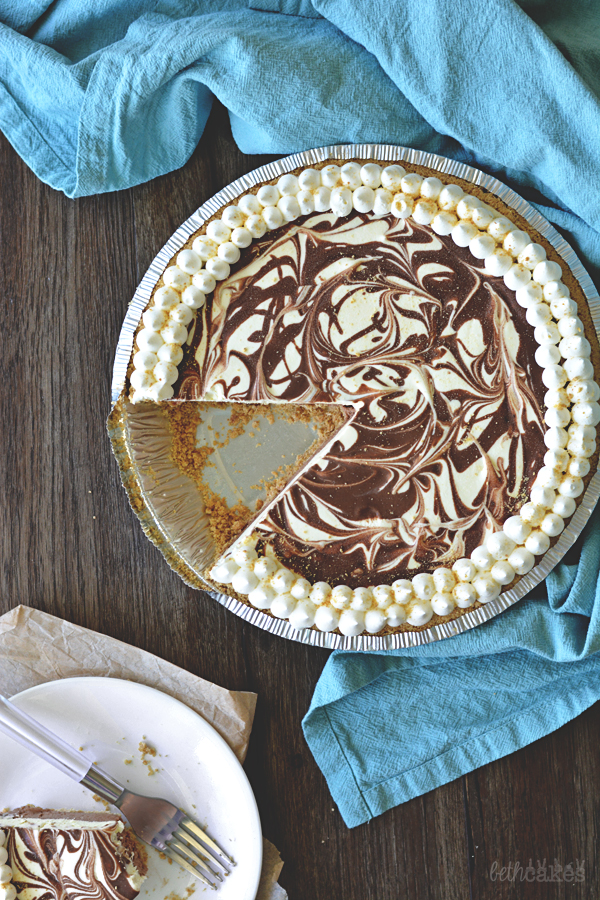 I’ve got a lot of goals for this summer. One is to make a series of tropical drink-themed cakes. I’m hoping to start those in July, so we’ll see how it goes. 😉

One of my other goals is to make as many s’mores things as I can. I just love it. S’mores are the perfect combination of toasty, melty, gooey, and crunchy. And chocolaty. But instead of chocolate, today we’re making s’mores with Nutella! We’re also swapping out the campfire for a pie crust. 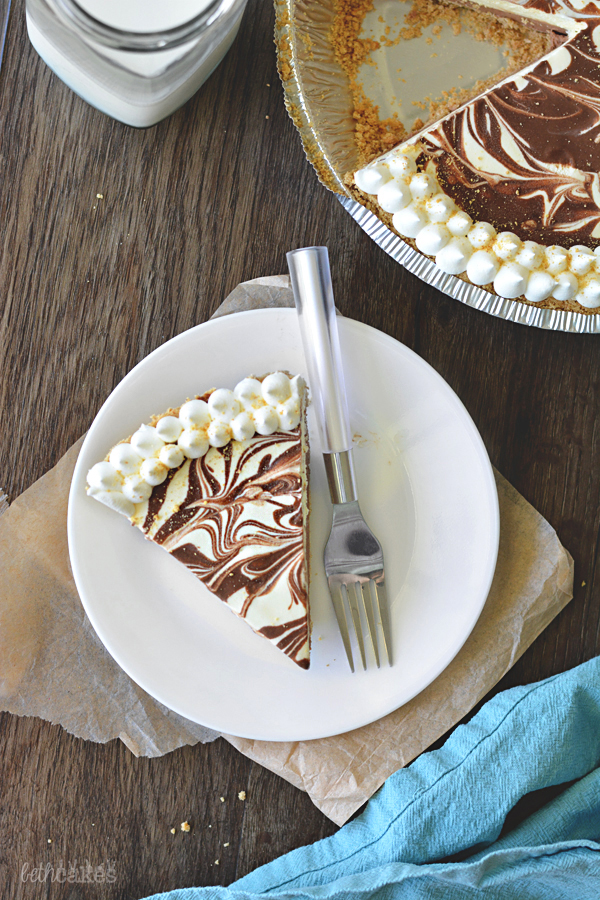 Who doesn’t love a good no-bake pie in the summer? It’s that time of the year when everyone tries to avoid turning on their ovens AS MUCH AS POSSIBLE. No-bake pies are the solution! They’re easy to whip up and freeze overnight. Then you’ve got an easy cold dessert for those sweltering hot summer days.

For the crust, you can go store-bought or homemade. I bought an extra large graham cracker crust (extra large is an opotion now, apparently) at the grocery store for convenience, but if you’d like to go homemade, just mix together 1 1/2 cups graham crumbs and 1/2 cup melted butter. Then press it into a pie plate and bake it for about 10 minutes on 350. Super simple! 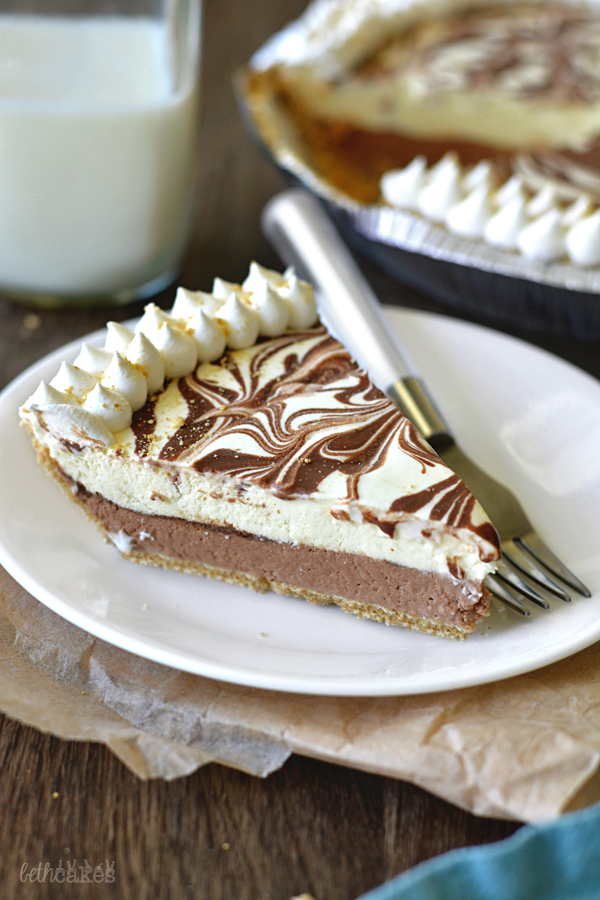 My favorite no-bake pie base is made up of vanilla pudding, cream cheese, a little powdered sugar, and Cool Whip. For this pie, I basically divided the base in half and added Nutella to one and marshmallow fluff to the other. Then after layering the two in a graham crust, you can swirl some more Nutella into the top layer for presentation.

And there you have it. Really the hardest thing about this pie is waiting for it to firm up enough in the freezer for you to cut a slice. 🙂 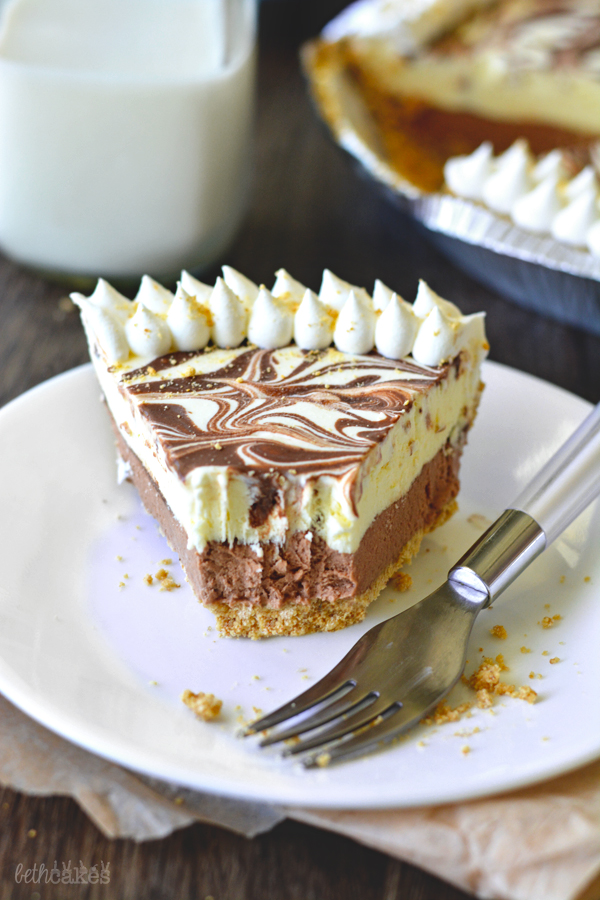 Print
And easy no-bake s'mores pie that uses Nutella instead of chocolate!
Ingredients
Instructions
Notes
Recipe from bethcakes. All images and content are copyright protected. Please do not use my images without permission. If you would like to republish this recipe, please re-write the recipe in your own words, or link back to this post for the recipe. Thank you.
3.3.3077
Tweet
Pin1K
Share264
1K Shares