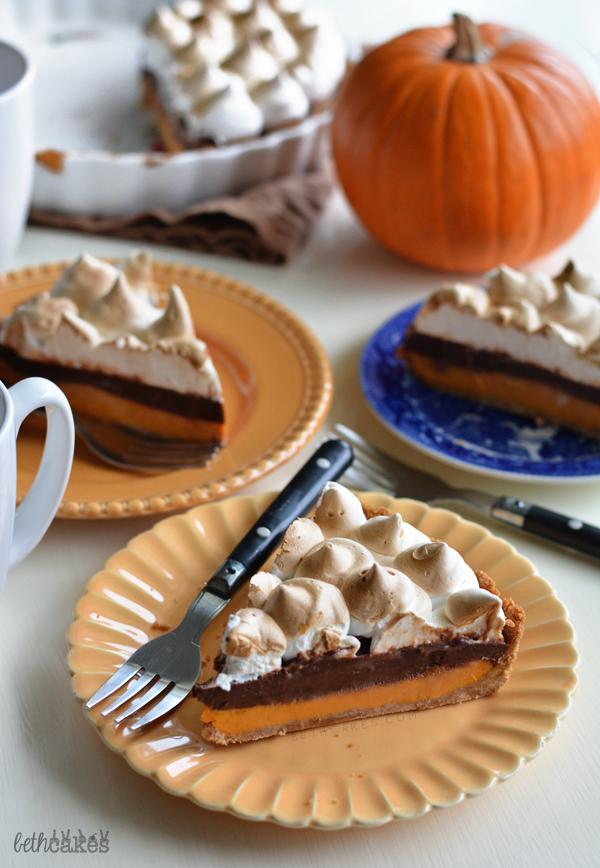 Today I’m bringing you my second contribution to Blogsgiving week!

This is my first pumpkin recipe of the season. I know everyone else has been making them since September, but I just wasn’t ready. Wasn’t feelin’ it. But I had to get pumpkin in before Thanksgiving! And obviously now I have several ideas for pumpkin desserts with so little time left to make them. Ah well, this Nutella Pumpkin S’mores Tart will have to do.

At big gatherings and celebrations like Thanksgiving, I tend to want to make a fancy, show-stopping dessert. Some kind of impressive layer cake or something I’ve never made before. Sometimes easy is better though, especially when you already have to worry about turkeys and a million delicious side dishes. This tart is the best of both worlds. It’s fancy and claims the spotlight, but it’s also easy to whip up. It’s what you need after turkey and carb-coma! 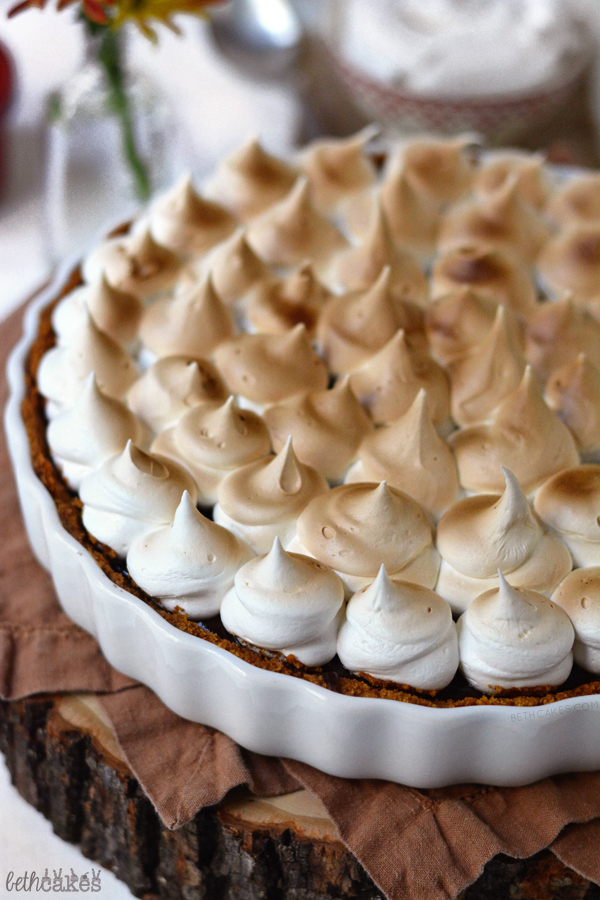 S’mores are one of my all time favorite things. You probably know this if you’ve been following my blog for any length of time. I’ve seen several s’mores tarts that have made my mouth fall open and made me say, “Wow. I am going to make that so I can eat it.” Yeah. Specifically this one and this one.

But I didn’t have a tart pan. And since I’ve never made a tart before now, I wasn’t sure if I’d even use one very often. But then I came across this one at a consignment shop a few weeks ago while shopping for furniture for my new apartment (!!!). It looks plain on the outside, but there are cute floral accents on the inside and they really won me over. That and it was three dollars. 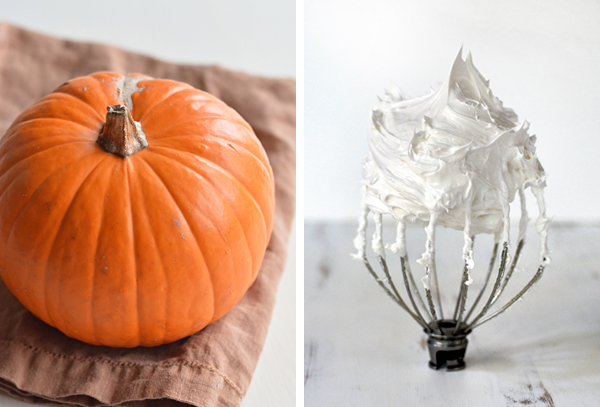 So I knew I had to make a s’mores tart to break it in. Finally, the toasted, puffy marshmallow clouds of my dreams! And Nutella. Really I could have just eaten those two things on their own, but they’re much better with pumpkin and cinnamon grahams.

The filling is basically pumpkin puree, cream cheese, and sugar. Super easy. The Nutella layer is a ganache of sorts. The homemade marshmallow fluff is the most time consuming part, but totally worth it. Forget about that store-bought stuff! All you need is a mixer and a candy thermometer! No kitchen torch required. 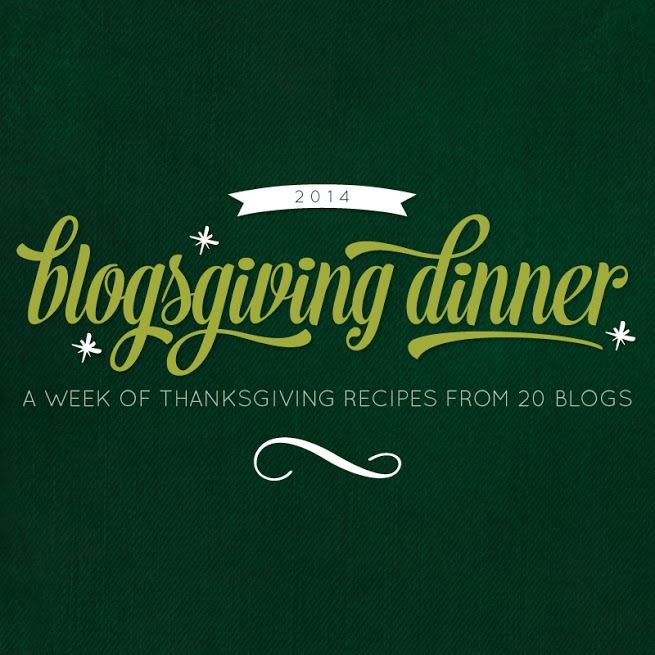 Thanksgiving is all about family, friends and delicious food. Luckily, the food blogging community is all about these things as well. To celebrate the holiday, Meghan from Cake ‘n’ Knife and Susannah from Feast + West are hosting Blogsgiving Dinner. There are 20 awesome blogs sharing 52 recipes.

The idea is based on the old-fashioned progressive dinner party, in which you’d eat each course at a different guest’s home. Each blogger is bringing one or more dishes to the party on Monday, Wednesday and Friday of this week, so be sure to stop by each one and get some ideas for your own Thanksgiving meal. Today’s bloggers have recipes for dessert and after-dinner drinks, as well as ideas for eating leftovers. We’ll be posting to social media with the hashtag #blogsgivingdinner. Hope you can join us!

Check out the menu! 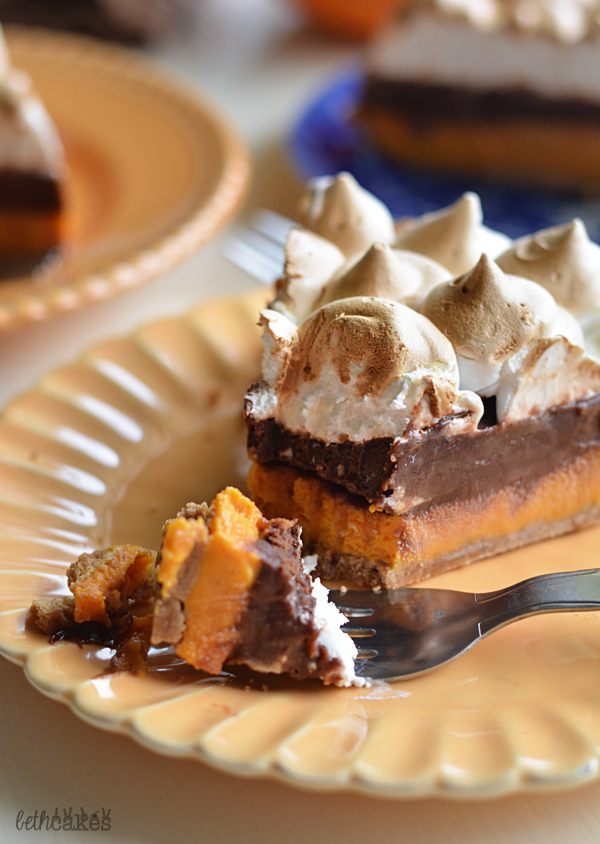