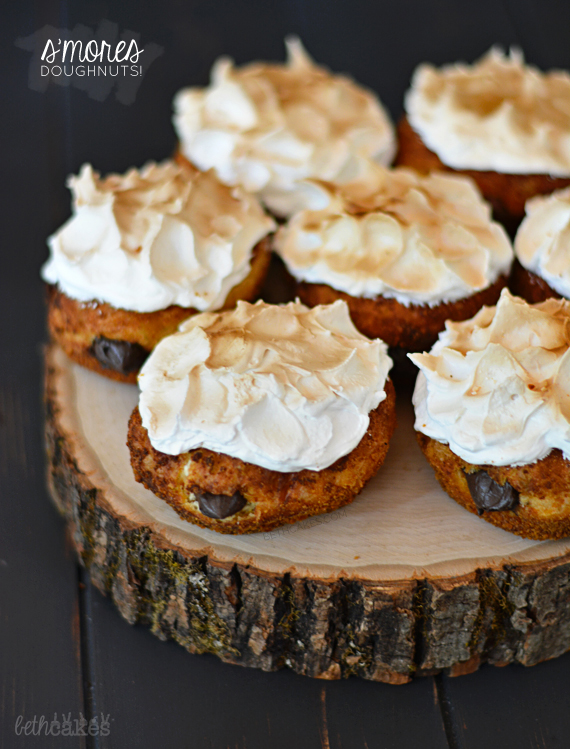 Over the last week or so, I thought about making these s’mores doughnuts. I haven’t made nearly enough s’mores recipes this summer. And I mean, they’re s’mores, so it’s not like I really need much of a reason. I just really wanted to make some!

Then I started seeing all these signs. Really there were like two, but still. 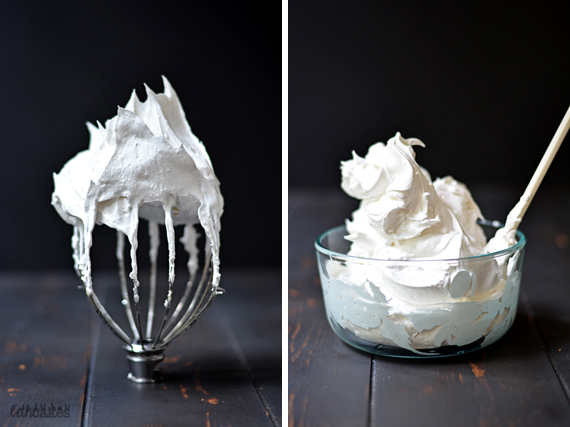 The first one was when I read that Sunday was National S’mores Day. I knew I probably wasn’t going to make that deadline, but I really needed to do something s’mores flavored just because it’s one of my favorites. Way up there with Oreos and red velvet.

The second sign was when I got a text message from my dad on Friday. It said, “I just ate a maple bacon doughnut and it was delicious.” He then proceeded to tell me that someone had given him a box of doughnuts at work, he was bringing them home, and there was a s’mores one. So obviously I replied, “DIBS.”

I had already decided on s’mores doughnuts at that point, so the whole thing was kind of weird. And tasty. It was meant to be! 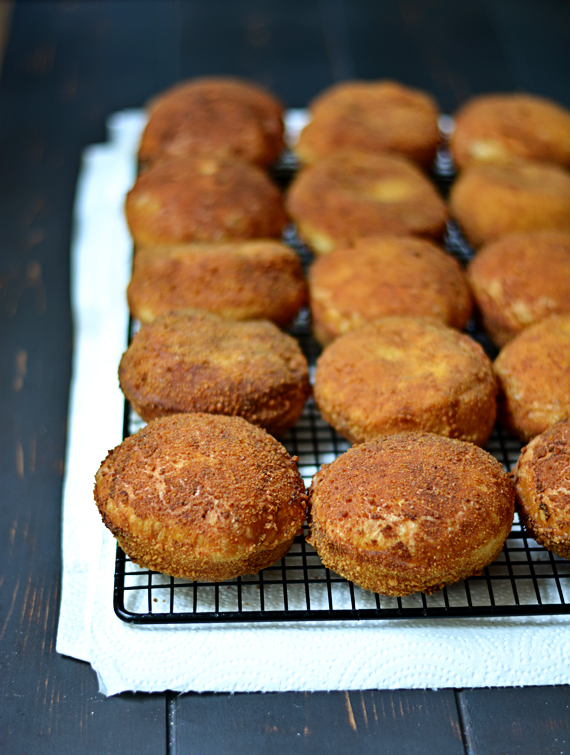 After these Lemon Meringue Pie Doughnuts I posted last week, I really wanted to do a toasted marshmallow frosting and a chocolate pastry cream filling.

Turned out to be a good decision! The coating isn’t super thick, the egg gives the doughnuts a nice golden brown color after frying, and you totally get that graham cracker flavor.

As for the marshmallow…well, I think that speaks for itself.

I went for the super spiky look. Oh yeah. 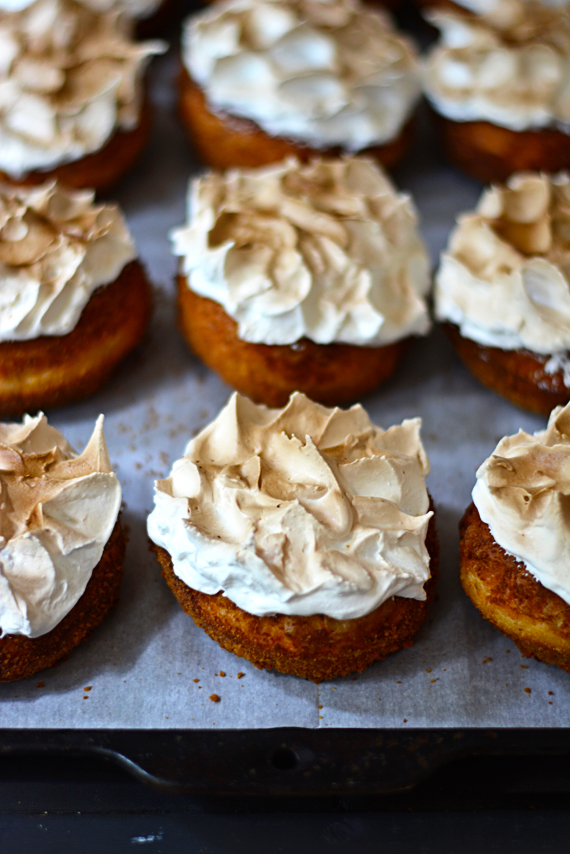 Toasted marshmallow is definitely my favorite thing about s’mores. It’s just not right if it isn’t toasted or roasted over a fire. 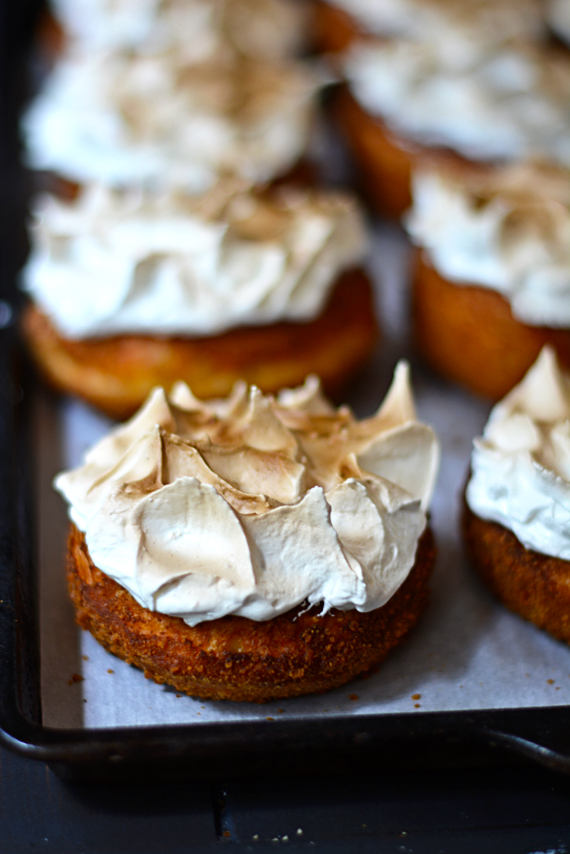 The filling is a dark chocolate pastry cream, which TOTALLY makes these doughnuts. It might look kind of thick in the photos, but it’s definitely not. It’s creamy, fluffy, and absolutely full of dark chocolate flavor!

I may have eaten some of it with a giant spoon. You should definitely save it for the doughnuts though! 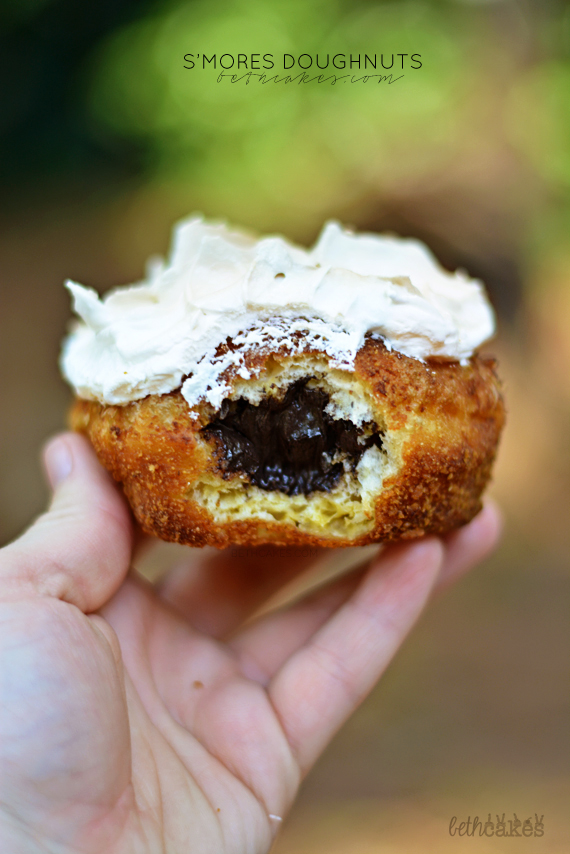 I was short on time over the weekend when I made these, so I used the biscuit dough method instead of homemade dough. And I also haven’t mastered the homemade version and knew I wasn’t going to have time to make these over if I messed them up. So if you want to make your own dough, go you! But they’re just as tasty with biscuits.

Also–there are a lot of steps to these doughnuts. This will be so much easier if you split it into two days, the second day being the day you plan on having the doughnuts. Make the pastry cream and marshmallow fluff the first day, then do your frying + assembling the second day.

Then eat some doughnuts!

for the dark chocolate pastry cream:
for the doughnuts
for the marshmallow fluff
Assembly:

All content and images are the property of bethcakes and are copyright protected. Please do not use my images without permission. If you would like to republish this recipe, please re-write the recipe in your own words, or link back to this post for the recipe. Thank you.

3.1
https://bethcakes.com/smores-doughnuts/
Recipe from Bethcakes. All images and content are copyright protected. Please do not use my images without prior permission. If you want to republish this recipe, please re-write the recipe in your own words, or link back to this post for the recipe. Thank you.
Tweet
Pin672
Share14
686 Shares