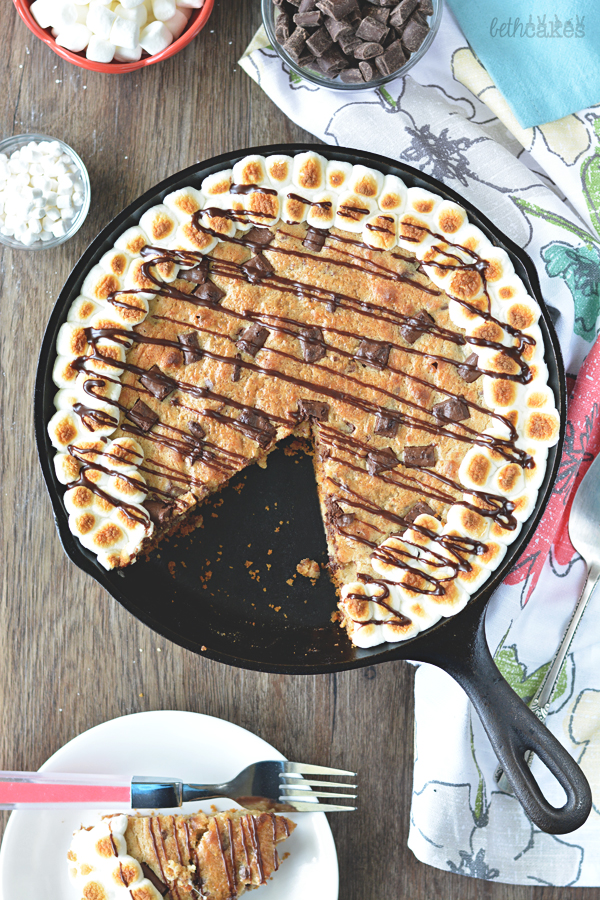 S’mores! I love ’em year round, but summer is totally s’mores season. And if y’all don’t know about my s’mores obsession by now, then you better get ready. I keep it dialed back most of the time, but now that it’s summer, I’m letting it allllll out. Just warning you. 😉

This specific recipe is extra exciting because I think this is the real first skillet recipe I’ve posted!? I’m so behind the times. Also for me, it’s extra extra special because this skillet belonged to my grandmother.

A few weeks ago, I made these s’mores cookies from the lovely Rachel of Bakerita. I don’t make cookies very often because I can never get them to turn out right, you know, with the soft center and crisp edges. But those cookies came out perfectly. Perfectly! They were so good and highly addictive. 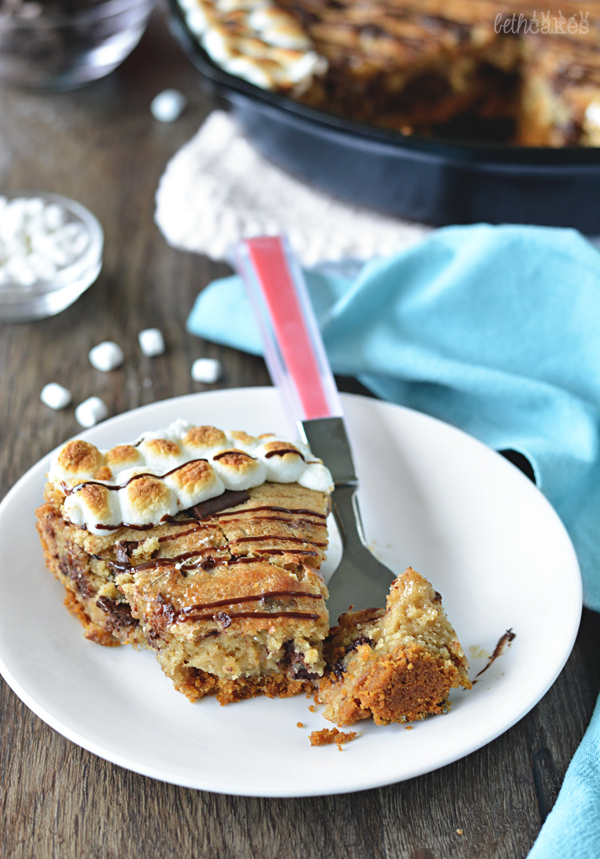 After I made those cookies, I started trying to think of a way I could make my own version. Since I’m s’mores obsessed and all. What a great time to use my newly acquired skillet!

I’ve gotta say, skillet cookies? So much better than regular cookies. This S’mores Skillet Cookie starts with a graham cracker crust in the bottom. Next is the cookie dough, which is filled with chocolate chunks, some graham cracker crumbs, and tiny marshmallows. The marshmallows in the dough are the extra-mini ones you usually see in packets of hot chocolate. (I found them at Target, but I’m considering them optional here because there are some bigger marshmallows on top too. Really it just depends on if you want to buy two kinds of marshmallows.) Toppings include toasted marshmallows (duh) and a nice drizzle of ganache.

Typically I take things that I bake for the blog to work the next day so they don’t sit in my apartment and tempt me. 😉 This was the first thing I brought to my new job and I think it was a hit! 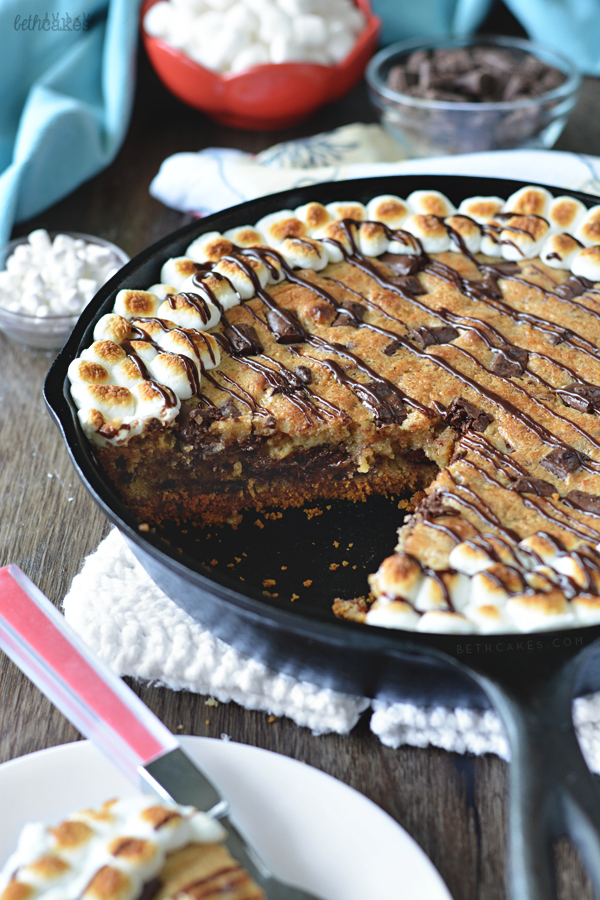 Print
Ingredients
graham cracker crust
s'mores cookie filling
chocolate ganache
Instructions
for the crust
for the cookie dough
for the ganache
Notes
Recipe from bethcakes. All images and content are copyright protected. Please do not use my images without permission. If you would like to republish this recipe, please re-write the recipe in your own words, or link back to this post for the recipe. Thank you.
3.3.3077 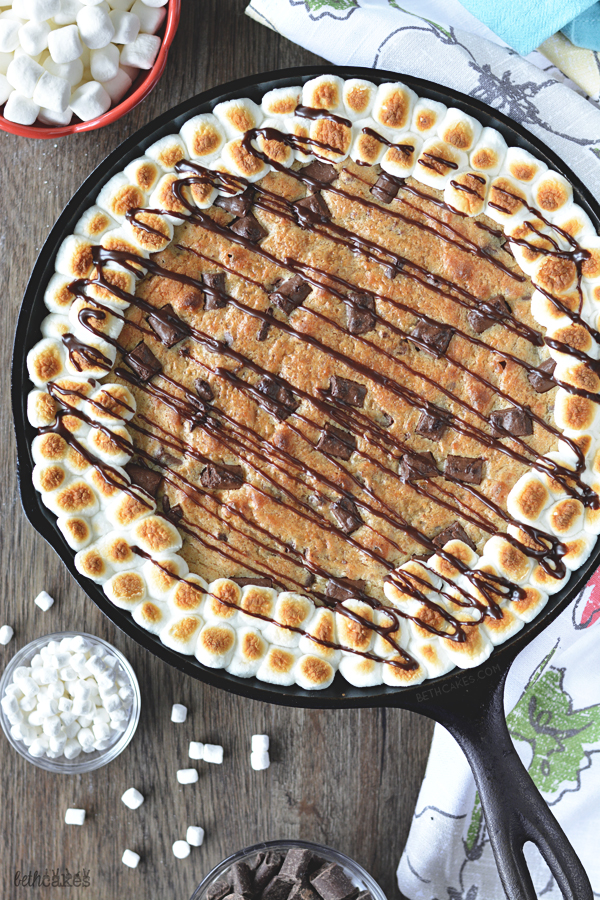