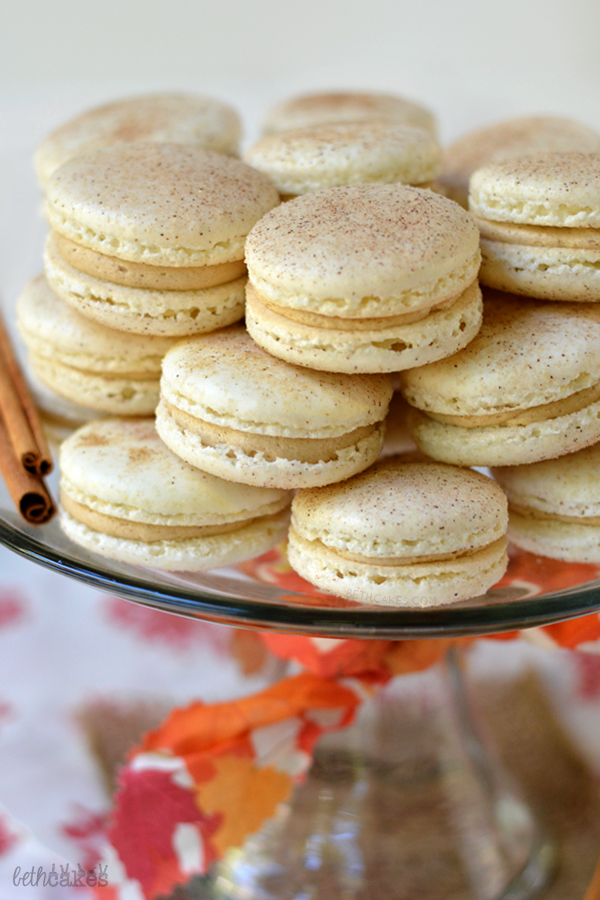 These might be my favorite macarons that I’ve ever made.

Which really isn’t saying much since I’ve only made them three times. But still, I’m really excited about how they turned out! In addition to it being a fun word to say, Snickerdoodle is one of my favorite holiday flavors. Like I’ve mentioned before, I’m not much of a cookie maker, but that’s not to say I’m not into cookies at all. 😉 And Snickerdoodles are definitely the cookies I crave during the fall! 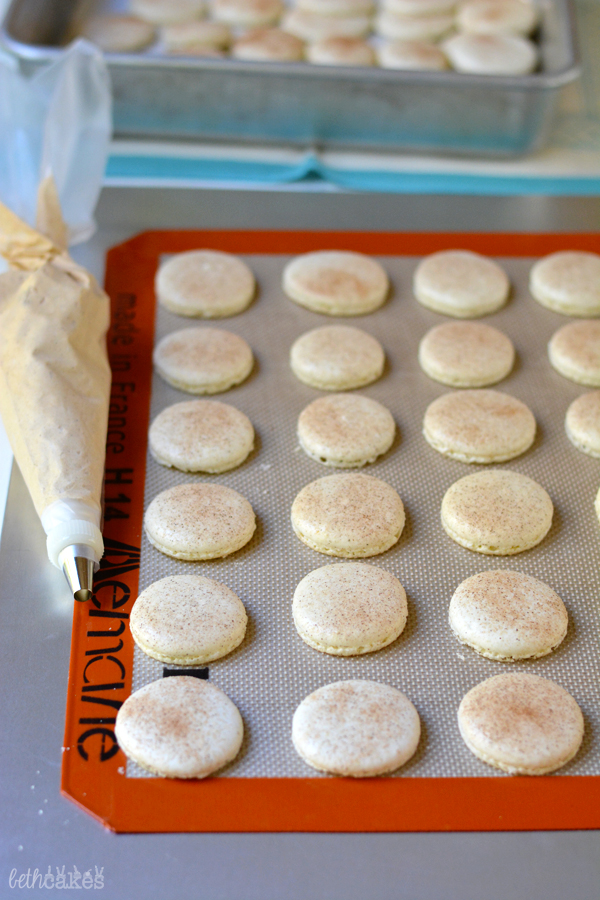 These macarons are basically vanilla with a dusting of cinnamon-sugar on top. I experimented with adding the cinnamon-sugar mixture before and after baking, and dusting before definitely turned out better. After the cookies come out of the oven, there isn’t much for the cinnamon and sugar to stick to.

So when you get to the part of the process where the macarons have been piped onto a baking sheet and they need to sit for 30ish minutes, that’s when the cinnamon sugar mixture happens. Then let them sit like usual. 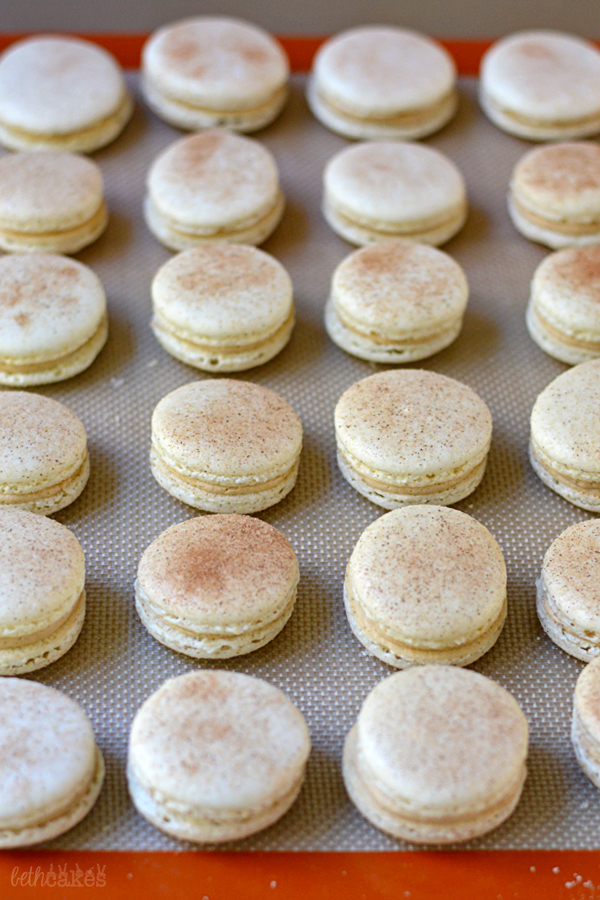 I didn’t decided what filling to put in these fancy sandwich cookies until it was literally time to fill them. Vanilla or cream cheese with a pinch of cinnamon just didn’t sound exciting enough. And then I remembered a cupcake that we made when I worked at Gigi’s Cupcakes in college. It was a Snickerdoodle cupcake–vanilla/cinnamon cake with cookie dough frosting and cinnamon-sugar on top. It was probably one of the more simple cupcakes there, but it was so good.

So Snickerdoodle frosting it was! I whipped up a typical cookie dough frosting–butter, brown sugar, vanilla extract, powdered sugar, splash of milk–and added half a teaspoon of cinnamon. I don’t know how I didn’t think of this in the first place, but it is the perfect match for these macarons. The idea was based on a cookie, so obviously you need some of that cookie flavor in there too! 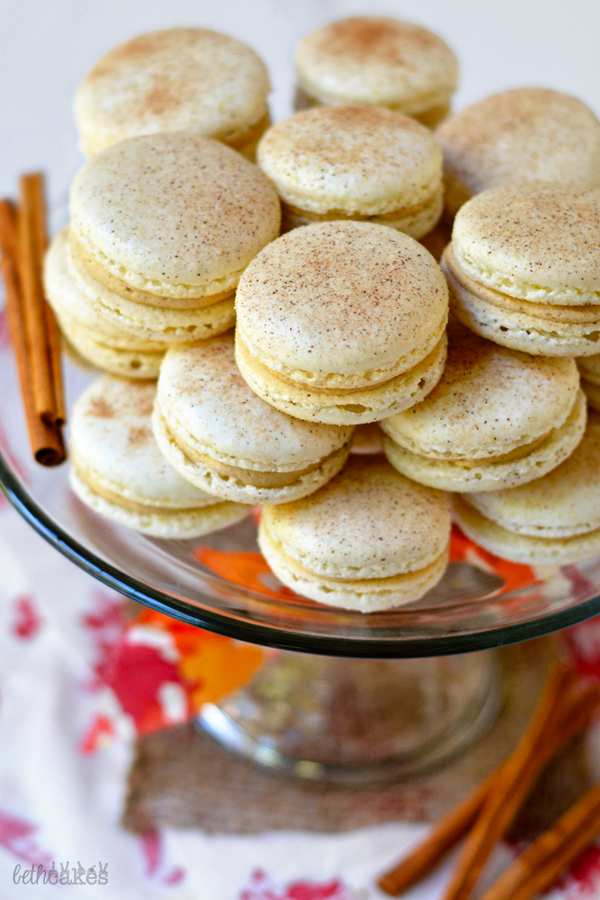 Even though I’ve only made macarons three times, they are so so so much easier than I thought they’d be. Before I was always so intimidated by them, how fragile and delicate they are, and how easily the recipe can turn into a disaster. But even on a day that was “too humid” for macarons, they still turned out pretty decent! So my advice to you is, definitely definitely definitely make macarons soon if you haven’t. They’re just so cute and fancy, you’ll feel so proud of yourself afterwards. 🙂 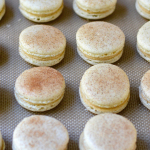 Recipe adapted from Food Network. All images and content are copyright protected by bethcakes. Please do not use my images without permission. Thank you.
Tweet
Pin2K
Share65
2K Shares