As you’ve probably guessed by this point, I don’t have any new recipes for you guys this week. Things have just been SO busy. My birthday was over the weekend, and a jam-packed schedule meant no time for blog photos. So I thought I’d just give you guys a little update on what’s been going on behind the scenes. 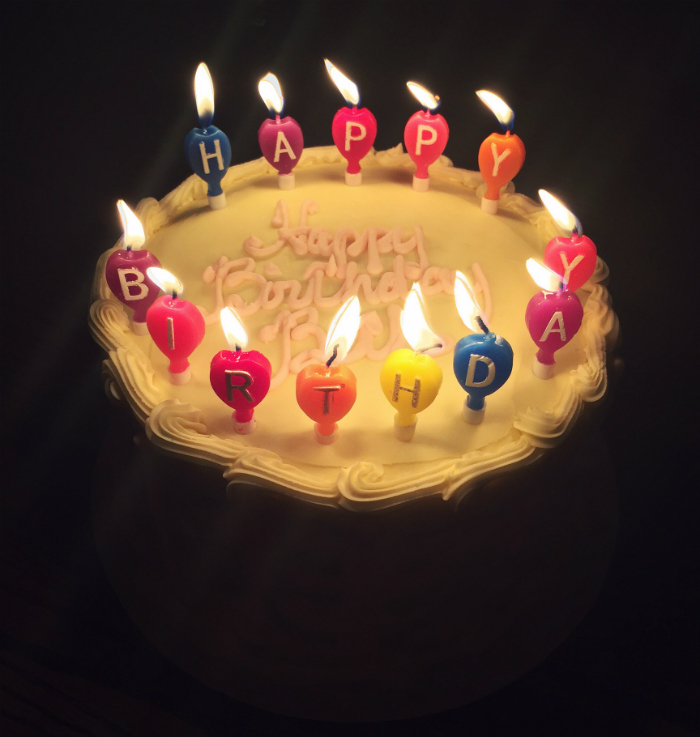 1. On Sunday I turned 25. How weird! It was a fun weekend though, which involved going out, UAB’s Blazer fun run, (sadly, a disappointing football game), brunch TWICE, and the best red velvet cake ever.

2. In my last little behind the scenes post, I told you guys that I channeled my inner nerd and went to DragonCon in Atlanta. I have never seen so many people in my life. The crowds were just so huge! And mostly everyone was in costume! Thankfully my friend Lindsey is a boss at traveling and figuring out where things are because the con is spread out over 5 hotels and things got crazy. Overall, it was very exciting and I got to sit in the same room as Stephen Amell.

3. I’m moving into my very own one bedroom apartment in like two weeks. So stinking excited. I’ve never lived by myself before, but I’m SO ready for it. I’m really looking forward to having a dedicated area for photography, and might even have a little closet just for props and all my baking crap!

4. SO excited for Halloween recipes. I have so many themed cocktails I want to make, I might just do cocktails all month long. I’ll be packing up my kitchen for the move, and then unloading everything, so cocktails might be the easiest thing to do. 😉

5. I’m going to a wine festival this weekend. There will be 500 wines there.

6. I have officially entered the world of freelancing. I love my day job, but since I’ll be paying more for rent and bills, a little extra $$$ is going to be really nice. Got some fun things coming to MyRecipes.com!

7. At the beginning of October, I’m going to Watercolor, FL for a girls’ blogging beach retreat! I’m beyond excited for it. I can’t wait to meet some of the bloggers that I’ve been following for so long!

8. Let’s talk TV shows because SO many of them are starting back up. Scandal is tonight, eek. I’m sorta into Fear The Walking Dead? It’s actually kiiiiinda boring. All my superhero shows are about to premiere, you know, because I’m a 12 year old boy. I’ve somehow gotten really into Castle, but none of the previous seasons are on Netflix, wahh!! 🙁

9. There is a magazine (currently available now!) called The Pumpkin Spice Handbook, and I’ve got two recipes in it! They’re already here on the blog: my Pumpkin Nutella S’mores Tart and my PSL Cake with Kahlua Caramel Sauce. But you should still probably get the magazine anyway. They’re available at Publix, Target, Barnes & Noble, CVS, and Walgreens! 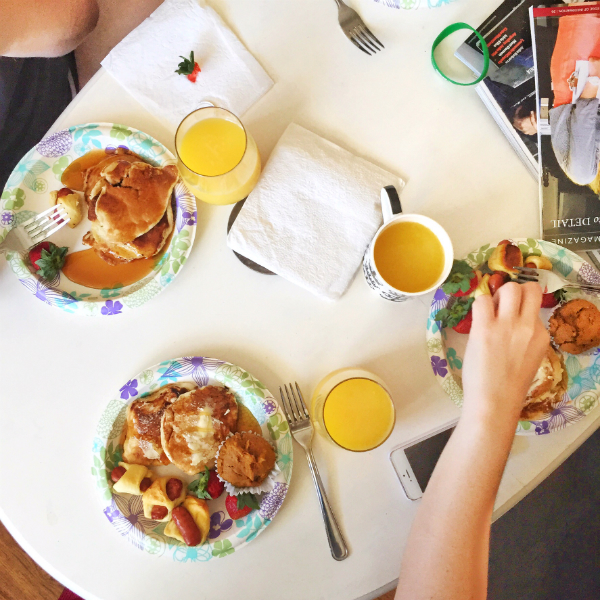